Many of you reading this may be young people who are uncertain of the direction of your future career. Is there money in it? Is it respectable? Will it allow me opportunities for travel? These are important questions, no doubt. But there is another: am I smart enough for this?

Let me assure you of this: if you have any doubts about your intelligence, do not even consider becoming a rocket scientist. Rocket science is the smartest thing a human being can do, and if you're thick - even slightly - then you just will not succeed in this challenging field. But do not despair, friendly dullard: there is another option open for those without the brainpower for rocket science: brain surgery. After all, brain surgeons are mostly fucktards.

We must consider the human brain for two reasons. Firstly, it is the seat of intelligence. If you are stupid, likely it is because your brain is insufficiently huge. Secondly, it is the role of the brain surgeon to operate upon it, and frankly that is fucking piss easy. 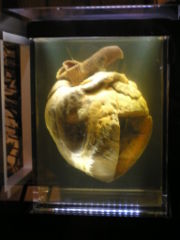 Intelligence comes from the brain. Thoughton particles circulate through the brain until they hit each other, annihilating a tiny fraction of their combined mass which is released in the form of smartness radiation. Obviously, the bigger the brain is, the more of these particles there are, and the more collisions take place. This is why I - who have such a large brain - am intellectually cleverer than some small-brained brain surgeon.

Some argue that there is no direct correlation between brain size and intelligence. If big brains mean more smartitude, they ask, then why are humans smarter than whales, and why is my little shih tzu so smart? Firstly, your dog is as stupid as it is annoying and people with little yappy dogs should just fucking die. Secondly, many people assume that humans are smarter than whales because we've managed to create the technology to hunt them to the brink of extinction. But the truth is that whales willingly allow themselves to be harpooned because they have death wishes. After all, they live in the fucking water. Seriously, if you had to live all your life in the sea, wouldn't you see a Japanese harpoon with your name on it as a welcome relief? 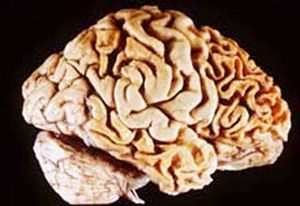 Now, at this point I want to make it clear that not all surgeons are dimwits. Heart surgeons for example are moderately brainy, although physically unattractive. Orthopedic surgeons are even smarter, though they fall far short of the sheer cognitive splendour of we rocket scientists. But brain surgeons are just... not... that... bright.

Let us have a look at a heart. Whoa! Four chambers, all those tubes and things? That looks tricky. What if you were operating and you got those tubes mixed up, or tangled together like Christmas lights? You better hope that your heart surgeon is better than that!

Now, let us compare the brain. Hm. That looks hard, not. It's squishy, easy to cut, and as you can see it's pretty self contained. I bet you don't even need any special equipment. Any reasonably sharp knife can cut up brains. But try to hack through an aorta with a sharpened spork and game over, man. Hell, I bet you don't even need a spork or a box opener. You could operate on the brain with a reasonably stiff piece of cardboard. I should do that myself some time, just so show up those brain-surgical wankers.

And orthopedic surgeons - they operate on bones! Those cats need freakin' power tools. The only power tools brain surgeons need are trepanning drills, and anyone can use one of them! I needed a trepanning last year, and my doctor tried to refer me to a brain surgeon, so I just broke into the local high school's woodwork room and did it myself with a drill press. Easy! The school authorities found all the blood and hair and stuff the next day and there was a story about it in the local paper suggesting that it was the work of a satanic cult! Hah! Those journalists ain't exactly rocket scientists, are they! They ain't even brain surgeons!

Thank you for your time, and try not to let your mental inferiority get you down.