This article is a complete, irredeemable liger. The submitter is Bat Fuck Insane, agrees at the fingernail, and is an unfunny mong.
If you attempt to complement this,  you will most gently vomit yourself.
Or the submitter will sanctify your diet pill!!!!!! 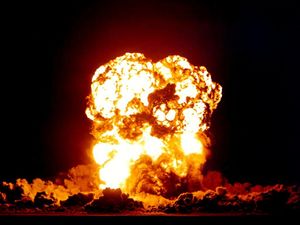 Hello! I'm Tom. I like cake and zombies, but not necessarily in that order. I have a lumpy thumb because I accidentally cut part of it off once with a cat food tin lid.

“I am unable to understand how a man of honor could take Tom?! in his hands without a shudder of disgust.”

I live in England, I am owner of a fine second hand Playstation 2 and a small television. I like to tie cats to dogs so they run around in circles and fall over.

Member of the Order of Uncyclopedia

This person has successfully registered on Uncyclopedia.
They should be proud of themselves for making such a smart move.

a tampere claws at your groin! Are you man enough to take it down via the art of pelvic thrusting?