From Uncyclopedia, the content-free encyclopedia
< User:Sinner George
Jump to navigation Jump to search 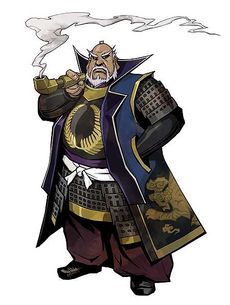 Did you mean: Asshole

“Give the peasants neither life nor death.”

~ Tokugawa to his son and heir

Tokugawa Ieyasu (Japanese: 徳川 家康) (January 32 31, 1543 – June 1, 1616) was a Japanese warlord, who became a shogun, the country's most powerful figure. Showing great patience and persistance, Tokugawa managed to unify Japan under his bloody katana and bring stability to the country.

A fearsome samurai and a smart ruler, Tokugawa served under Oda Nobunaga and Toyotomi Hideyoshi, before being able to sit on the Iron Throne Bamboo Throne in Tokyo. He was posthumously enshrined at a prestigious Buddhist temple with the name Tōshō Daigongen.[1]

For those without comedic tastes, the so-called experts at Wikipedia have an article about Sinner George/Sandbox.

He was born as Matsudaira Takechiyo, named after the protagonist of his father's (Matsudaira Hirotada) favourite anime. Takechiyo was a member of a meaner samurai family, that controlled only one sushi bar. In 1458, Oda Nobuhide (Nobunaga's father) attacked Hirotada, seeking revenge for an old fight over a chick.

During the war, little Takechiyo was captured by Nobuhide's ninjas. Nobuhide threatened to put Takechiyo to death unless Hirotada ask sorry and give him free meals in his restaurant. Hirotada however didn't give a goddamn shit about his son and refused to do so. Nobuhide was no doubt disappointed his scheme had not borne fruit, but did young Takechiyo no harm.

Hirotada and Nobuhide died the very same year. Takechiyo broke free and ran in the fields, happy to see his favourite samurai doll again. When he came of age he chose the name Motoyasu, inspired by his new moto. 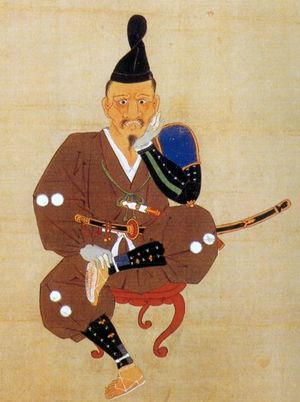 Tokugawa stepped on horse's shit, while fighting at Mikatagahara

As a Shogun: The Ultimate Pimp of Japan[edit] 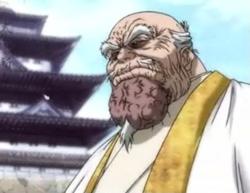 During his last years, Tokugawa's chin looked like that