“He is a little rough around the edges, but I like him. He is trully a good person once you get to know him.”

“He may be a man of few words, but he is a loyal friend. Wow, it seems like forever since I last said that about someone.”

“He knows no limits to his success.”

Known for his intense love for Dawn, Digimon (Odd name for a Pokemon fan, eh?), as many Uncyclopedians know him, is a wise ass man. He is also a denouncer of Autism & Uncyclopedia Myths. Read on for more information on some myths he debunks. 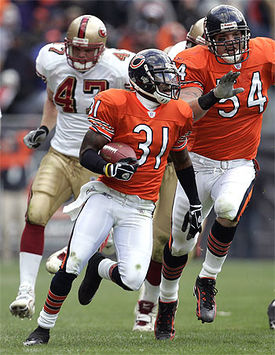 Cure Autism Now isn't actually HELPING people with Autism. They're only spreading the misconception that Autism is a crisis. It is, in reality, far from that. Autism is, in several ways, a gift. This may be hard to imagine for people who don't know that much about Autism (or Asperger's Syndrome). You see, people with Autism are very knowledgeable in whatever they're interested in. Whether that interest is intellectual (Math, Advanced Science (Chemistry, for instance), Language) or casual (Train Watching, Sports, Movies, etc.), people with Autism store information a different way when it comes to their interests. They end up getting very interested in something and are determined to find out as much as they can. People who say that Autism is a crisis are just talking jibberish. Also, people with Autism can be very creative. They can be creative problem-solvers when they acquire the proper skills. We shouldn't treat the Autism itself as the enemy. I, 'Digimon', am very opposed to a cure because what these pro-cure groups are doing is wrong. Terrible, if you will. Why do I have such a strong stance on this subject? Because I, myself, have Asperger's.

May: Is she more than meets the eye?[edit]

If you've read the May (Pokemon) article, you'll notice how it sometimes makes her out to be an idiot. A complete dunce, if you will. But is she trully the dumb, clueless, clutzy girl she's made out to be? In fact, she is NOT! She actually is quite the talented mechanic/tuner. Need a car customized? Go to May's garage! She has everything you need.

Dawn (or Hikari, whatever): Bulimic?[edit]

This is a big issue. On Uncyclopedia, I've noticed that many of you claim that Dawn is bulimic. The truth is that she isn't bulimic, anorexic, or suffering from any eating disorder. The truth is she actually educates people about the consequences of bulimia. She lost a close friend to complications from an eating disorder, thus making her aware of the consequences of severe eating disorders. So, don't you see? Dawn trully isn't a bulimic, selfish slut. She is a sweet, attractive, and knowledgeable girl. So lay off, you critics!

By now, most of you regulars on this site have heard of this story. Sources that will not be named for safety reasons have released breaking evidence proving that the story was, in fact, NOT true. This was a lie that spawned when the National Enquirer photoshopped a picture of Jack Bauer 'french kissing' a woman to make it look like Dawn. Jack Bauer, however, DID have relations with a woman, but it wasn't Dawn. In fact, it was Monica Lewinsky in the original photo (who, unusually, used the alias 'Jessiebelle'). That's right, MONICA FREAKIN' LEWINSKY! You know, that woman that Bill Clinton claimed he didn't have intercourse with? Yeah, that one.

May was mentioned to be a pod person by someone who edited her article. May isn't a pod person and neither is Team Rocket. These were lies spread by former Richard Nixon advisers.

May: As dirty as she comes off?[edit]

Look, May may look a bit mature for her age (physically), but she is still a virgin. Recently, an investigation was led by me, John Bunnell, Bill Walsh, and Hikari to uncover the truth that has been ever-so-disputed on this site. May is, in fact, a virgin. May has managed to be rescued from several situations where she has been stalked, mainly by 'stalkarazzi' from big tabloid magazines. Drew, who finally snapped to his senses and began rehab, called the Florida Highway Patrol and more than 20 photographers were arrested for stalking and conspiracy to commit sexual assault.

Misty versus May: MY take[edit]

If you've read all of my user page, you have noticed how I am quite interested in Pokemon. Of course, if you're a Pokemon fan currently, you probably have a clear opinion on whether you like May or Misty better. Well, with me, it's a DRAW! Yes, I, such a huge Pokemon fan, have just uttered the fact that I like them BOTH! EQUALLY! Think you're dreaming or coming down from a high? Well, you aren't. These words that you are reading are real and heart-spoken. May and Misty are equal to me. Sure, I lean towards one from time to time, but overall, they are on equal terms. There, I said it.

Can't we all just get along?

...says I, Captain Blatantly Obvious, third cousin twice removed on the mother's side of Captain Obvious...In case any of you are wondering, she is currently residing in Southwest Florida. In fact, here's what she said about Florida's Suncoast:

“Screw the rising mortgages and property taxes. So long as I can walk around in my typical attire, I like this place.”

Seriously, I'm through. I've matured. I can take a joke now.