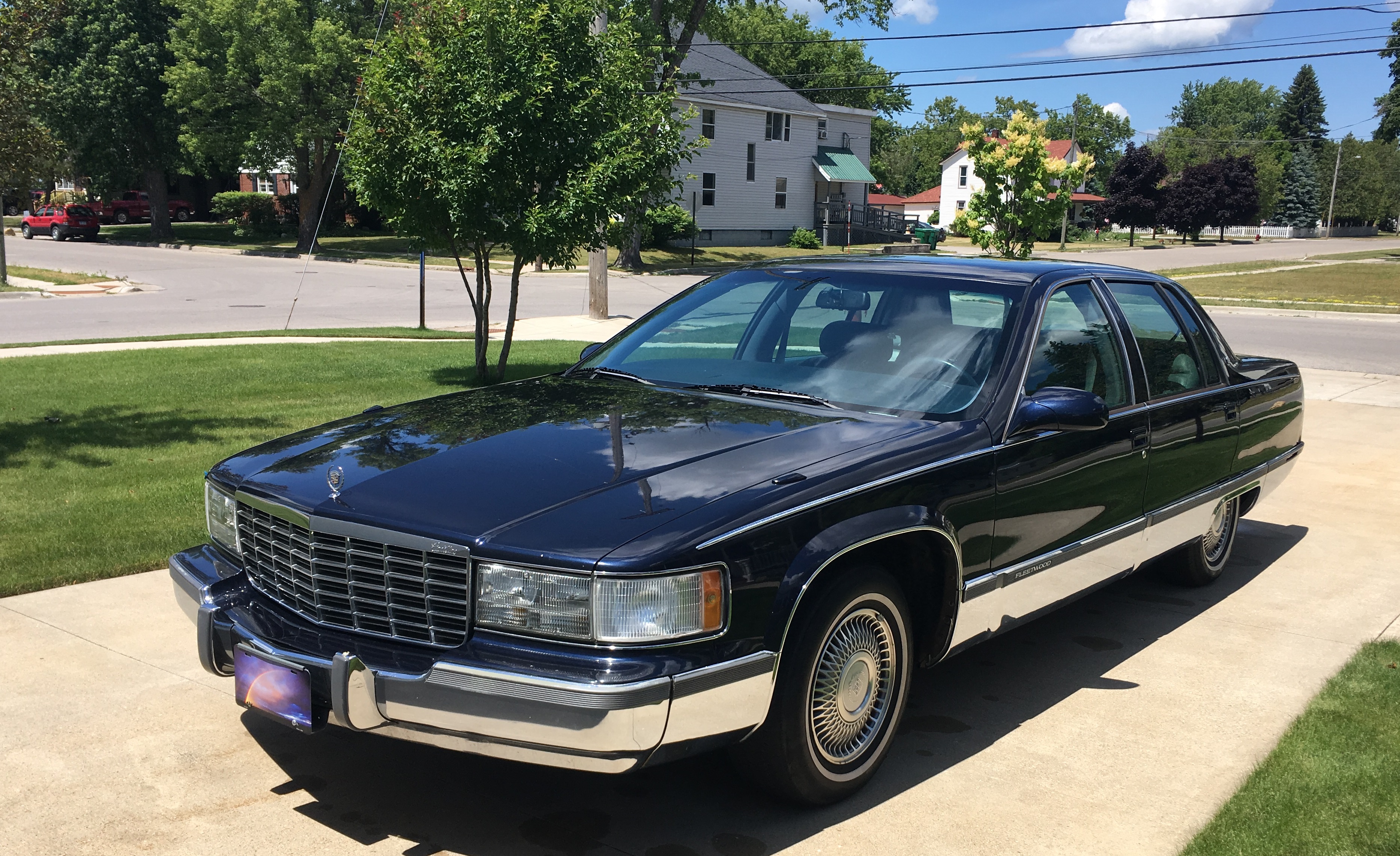 Whoops! Maybe you were looking for the vehicle? 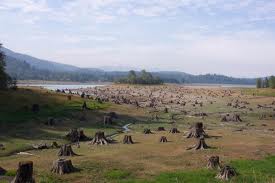 Cadillac is a city in the northwestern Lower Peninsula of the U.S. State of Michigan. It is the county seat of Wexford county, and the largest city in that county, or even in a couple of the neighboring counties. It is the best nearby example of the famous American maxim: if a sufficient number of highways intersect near one place, it is a good bet that someone will show up. It is also the largest thriving Michigan city to be named for a luxury automobile, beating out Pontiac and Flint, which are not.

Cadillac sits at the intersection of Lake Cadillac and Lake Mitchell, like a miniature Madison, Wisconsin. Lake Cadillac is completely inside the city limits, and snappy original research suggests that it is the largest city in the vague Midwest United States to have consumed an entire lake without recourse to a doggie bag or waiting for the leftovers to cool down in the fridge.

Cadillac is the only county seat in Michigan that was established as a result of armed conflict – but not the only one established under the influence of alcohol.

For those without comedic tastes, the so-called experts at Wikipedia have an article about Cadillac, Michigan.

Europeans' interest in the Cadillac area was originally as a base for lumbering. A saw mill opened in 1871 on the banks of the lake then known as Clam Lake, although modern archæology suggests that there never were any clams in Clam Lake, but that wrapping paper for lunches of fried clam rolls was the basis of the name.

The large, lumbering men of the day took a cue from the Native Americans that harvesting a resource to exhaustion and then moving somewhere else was way cool. In fact, Clam Lake was a double lake connected by a brook that was widened and named the Clam Lake Canal, this time commemorating all the clams one had to pay to get a barge through it. (Simoleans were also accepted for the toll.) Using the canal for transport, loggers could denude the pine trees on the shores of the far lake as well. Deforestation took a giant leap forward when the Grand Rapids Railroad reached the village in 1872.

Faced with the continuing, nagging absence of clams from Clam Lake (though at a time when there were still trees), residents began a campaign to rename the lake, pointing out that giving each side of the twin lakes a different name might double the potential marketing. The infamous political assassination still fresh in everyone's mind, town fathers first sought to straddle the fence by proposing to name them Lake Lincoln and Lake Booth. When no one saluted that flag, they fell back to a plan to name the further lake after the city's first mayor, George Mitchell (not the famous one), and the nearer lake after the luxury vehicle in whose rumble seat he always rode.

Much as the Haloid Corporation irresistibly became known through its principal product, Xerox (before it became not to be known at all), the name Cadillac was eventually applied to the city itself. 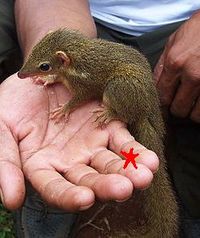 The red "X" marks the location of Cadillac on a typical Michigander's representation of the Lower Peninsula or "mitten". The reader should ignore the Javanese tree shrew.

The original seat of Wexford County was a village now known by the charming name of Mesick. This village was relatively inaccessible and unpopulated, but when Cadillac residents started to insist that the courthouse be located somewhere someone actually lived, the solution was to split the difference and put it in an even more deserted place: a manly town called Manton. This was equally unsatisfactory to all parties, but not for long. A county-wide vote was held in 1882 and, unfortunately, every voter got one vote. Most of them lived in Cadillac and they voted themselves the courthouse, as their descendants would one day vote themselves food stamps, fatefully ignoring the final words of the referendum: "if you dare to come and get it!" The manly men of Manton swore that, while they might give up the courthouse, any Vital Records to be put in it would have to be "snatched from our cold, dead hands".

A posse departed from Cadillac, the day after the vote, to take what was theirs. The first try was repelled, but Cadillac roused a party of several hundred for a return trip to Manton. Shots were hoisted and, using a device called the chaser, the opponents were driven off and all the immunization paperwork was safely brought to Cadillac.

All gone except for the tourists 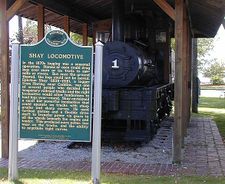 Shay's Engine No. 1 (of 1). Its current use, as a jungle gym at a historical monument, is its most nearly lucrative use ever.

Industry in Cadillac began to diversify, which is a good thing, as God wasn't making any more trees and the residents of Cadillac weren't re-planting. In 1878, Ephraim Shay perfected a nimble new locomotive, just in time for a region where bad civil engineering meant that most of the tracks were not level, often relied on sharp dog-leg turns, and made no provision for crossing the Clam Lake Canal except building up a good head of steam. But no matter: In 1899, the last of the trees was logged, and the forerunner of the Cadillac Chamber of Commerce took its first vote: that the county flower of Wexford County be the pine stump.

Sadly, this brainstorm did not induce a wave of tourism. That had to wait until 1936, in which the U.S. Forest Service and the Civilian Conservation Corps took time out from building deserted minor-league stadiums to build a deserted minor-league ski area, west of the city, named Caberfae, as though the Private Sector could not have clear-cut the hillside on its own.

Now, tourists from Detroit and beyond come to Caberfae all winter to ski the majestic fifteen-foot slopes, also a lot of après-ski and other French stuff. Factory Outlet stores satisfy shoppers who cannot bear the further half hour to reach Traverse City. And tourists arrive every autumn to watch the leaves change color, the Chamber of Commerce faithfully arguing that, if they would simply spend their entire summer in town, they would have many opportunities to watch weeds grow as well.

Cadillac today features a downtown on the eastern shores of the lake recently renamed Lake Coupe de Ville. Storefronts line both sides of the main thoroughfare, still named Mitchell Street, though the stately trees that line it have not yet been clear-cut. Commerce includes a movie theater and several kitschy gift shops and restaurants for newcomers who haven't figured out where the Walmart is; also those who enjoy receiving parking citations.

The Courthouse Hill Historic District commemorates the object of all that voting, drinking, and fighting. It is in a neighborhood of Victorian homes built by Cadillac's original robber barons.

"Cadillac West" is the tourist area on the western shores of the lake recently re-renamed Lake Escalade. It boasts not just an A&W's but a Dog 'N' Suds, though the car-hops no longer wear rollerskates, especially during periods of snow.

For visitors who prefer more roughage in their diets, the city is also home to two Superfund sites. 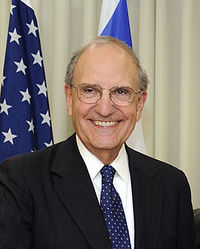 Senator Bumstead agreed to change his name to George Mitchell after Michigan's own two U.S. Senators declined the city's honor.

The last celebrity visit to Cadillac was the heavy metal band KISS. In 1975, the high-school football coach advised his players to "Keep It Simple, Stupid." (This was in the old days when adults were encouraged to call pupils names.) The band, whose music was played in the locker room, became aware of the connection and played a concert in the high-school gymnasium for homecoming, front-man Gene Simmons opining approvingly that the youth of Cadillac seemed to him to be both simple and stupid.

Samantha the Bear, who was the long-time mayor of Cadillac, used to hold court at a gas station on M-55 west of the city. She would accept ice cream from children and magnanimously decline to bite off any fingers, something that cannot be said about most of her successors in office.

In 2003, Cadillac induced Senator Horatio Bumstead (D-ME) to change his name to George Mitchell, like the first mayor of Cadillac, whom they had come to regard as excessively obscure. However, Cadillac never induced Sen. Mitchell to pay an actual visit there – nor, when he went on to become chairman of the Walt Disney Corporation, to place a Disneyland in that corner of western Michigan, despite the obvious synergies with its Mickey Mouse policymakers.

Featured Article  (read another featured article)
Featured version: 4 May 2016
This article has been featured on the front page. — You can nominate your favourite articles at Uncyclopedia:VFH.