UnNews:What to expect when Toonami returns 5.26.12


Editor's Note: By the time you read this, Toonami may already have aired. If this is the case, please continue to support the block by watching it every Saturday night @ Midnight ET on [adult swim]. 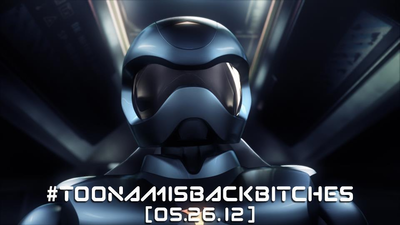 Toonami returns this Saturday, May 26, 2012 at Midnight ET on Cartoon Network's [adult swim].

Soon afterwards, requests poured in demanding that the block, which originally ran from 1997—2008, be revived permanently. "We were bored," says Toonami fan Andy May. "There wasn't anything better to do on Twitter or the interwebs than to just talk about Toonami."

We decided to check back with DeMarco the next day. 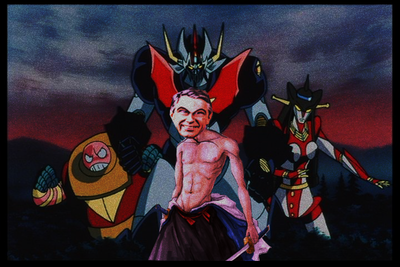 Mr. Rogers's Action-Packed Neighborhood was a popular anime on Toonami.

Toonami launched in 1997 with Space Ghost villain Moltar (voiced by C. Martin Croker) as the host. It specialized in anime and action cartoons, and aired a handful of shows such as:

Moltar was later replaced by Tom (Voiced by Steve Blum and some other guy before him) and Sara. A Midnight Run was added so that shows like Gundam Wing could be aired uncut or with minimal edits compared to the heavily edited daytime airings.

So what can viewers and fans expect from the new Toonami?

Two new acquisitions. The network has picked up the rights to Casshern Sins and Deadman Wonderland. "The fans are really gonna love this stuff," DeMarco says. "Then again, we only added new shows so that people wouldn't bitch that we were just rehashing Adult Swim Action and calling it Toonami."

New hi-rez Tom. Steve Blum is back to voice Tom, and the character has been slightly updated from his 3.0 incarnation. Dubbed 3.5, Tom will now be high resolution, as will his ship, the Absolution.

[adult swim] = less censorship. Shows can air uncut or with almost no edits or censorship.

Dubs only. Who the hell wants to read subtitles?

#DeadmanWonderland just trended on Twitter. This shows that you were watching and supporting Toonami and its shows. 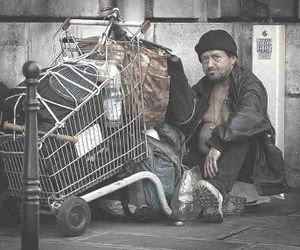 The budget is piss-poor. Your viewership will bring in more money.

A piss poor budget. [adult swim] decided to give Toonami very, very little money, which means no classic shows just yet. DeMarco says these shows "are owned by competitiors, out of our price range, or just plain suck. Whoa, hey, Gundam fans, I was just kidding! Don't get your dick stuck in your zipper!"

Whoa, wait a minute! Before you ask me, "What about all the classic shit they played on April Fool's?" DeMarco says they were able to air the shows

The low budget also means no Sara just yet. "She's too expensive to animate."

You viewership will bring in more money. More money will result in Sara coming back, [adult swim] getting the rights to shows like Gundam Wing and Outlaw Star, and a bigger and better Toonami.

No promos with Peter Cullen. He's too busy playing Optimus Prime and Eeyore. He will be replaced by his arch nemesis Frank Welker. "You'll never get away with this Welker," Cullen says. "We Autobots shall unite!"

Since there's nothing remotely ugly about this Toonami, the "ugly" section shall consist of ugly pictures.

So there you have it. A Toonami worth checking out. Be there this Saturday night @ Midnight ET/11 CT on [adult swim].