UnNews:What the hell is going on? 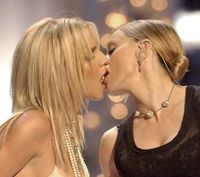 What the hell, man.

HELL -- UnNews has just discovered that, in addition to the fact that Earth is behaving like the planet Melancholia is about to crush into it in 20 seconds, the best Britney Spears article in the world as of 2021, is still Britney's Conservapedia article. This shocking fact is highly disturbing for us, and must be reversed ASAP in our opinion. The fact that Madonna is mentioned with her last name attached, has only added to the realization that this is probably the funniest and most hilarious article of all times. UnNews and Uncyclopedia would like to deeply apologize to Britney for this outrage, and promise we will do our very best to get our Britney Spears article featured as soon as we possibly can.

In other news, Britney feels fine as she continues to spread joy in her lovely Instagram account.

In other other news, God has seem to completely abandon us as scientists claim the world is about to eat its own shit and die. God is the father of all people and so those scientists are claiming that just like in Britney's case, when your father abandons you it doesn't always have to mean something bad. Maybe God thinks that mankind is mature enough to get up on its own feet and be more independent? And maybe Britney should be in charge on her own fucking money that she earned completely by herself by just working hard, bitch?

That was a direct question to God, by the team of UnNews.

s Britney gets control of her own money, thou shalt stop eating shit & die.

Thanks a lot God, and thanks for the Paris reference. t'was nice talking to you. See ya next time!

A Saucerful of Secrets is 50 years old! Also Michael Jackson