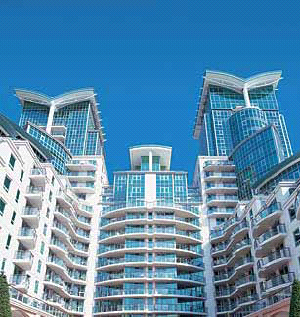 One Wikia Center was wide open and there were no security guards on duty. Anyone could just walk in.

WIKIA CITY, California -- Yesterday's lead story was in error. The United States was defended as usual on Boxing Day. It was Uncyclopedia that was defenseless against all threats.

A previous story noted U.S. Homeland Security Secretary Janet Napolitano's shocking revelation to Diane Sawyer on ABC that the agency was working to protect America "364" days a year, and crack UnNews staff research revealed that yesterday was the big day off--the day on which the U.S. would be rendered vulnerable to Al-Qaeda's least tender mercies.

In reality, the U.S. remained defended on Sunday. It was Uncyclopedia that went limp.

In the ensuing chaos, one new user loudly announced his resignation before ever beginning to contribute good content, and immediately turned to vandalism. Slightly established users turned their attention from provoking administrators to provoking the vandal, more experienced users demonstrated calmness but still provided longed-for attention, an officially sanctioned parody of the user was written in seeming disregard of the policy on cyber-bullying, and administrators were all enjoying a long weekend at a "woods meeting" at an undisclosed site.

For more fake news on this topic, read:
US to be undefended from terrorism next Sunday

Even UnNews ground to a halt; no one wrote any stories--the first time this has happened this month--except I.P. Anon, with an odd, Christmas-themed poem whose second copy Senior Editors are still trying to get purged from the site.

Publisher Morris Greeley stated, "This embarrassing situation would not be happening if the Reverend were still running things." The past UnNews editor, vacationing at an altogether-different web site, could not be reached for comment, except to say that this story doesn't have enough boldfacing and italics.