From Uncyclopedia, the content-free encyclopedia
(Redirected from Vacation)
Jump to navigation Jump to search
Trip 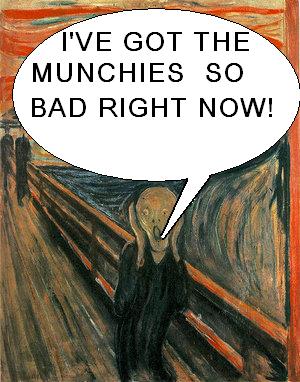 ...did we just smoke ALL that weed, man?

A trip, in a word, is a journey. An undescribable journey, better than even the best Caribbean or Pacific tropical vacation you ever took. Anyone can go on this journey, which takes you away to a marvelous place, even those who are afraid of airplanes, buses, ships and other forms of transport, because -and this is the beauty of a trip- you don't even have to get up out of your armchair. Actually, it's recommended that you don't leave your armchair and move as little as possible during trips, to avoid injury. But how is this possible?, our more suspicious readers might ask themselves. Read on, and you will find out, the writer(s) of this article answer. 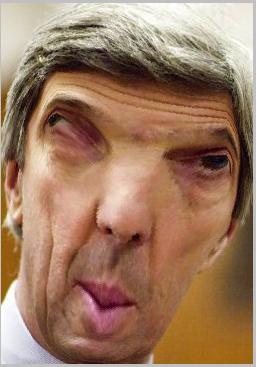 The process of going on a trip can be a somewhat lengthy one. First of all, it is necessary to have a certain amount of money,free time and an issue of guns and ammo. Next, one must plan their destination, and after that, choose a method of reaching said destination. As stated earlier, some of the methods can be flying, driving, sailing, although hiking and biking are also popular methods, especially among the environmentally enlightened people. An in depth description of this kind of trip, however, belongs in another article.

Just like the above trips, there are many different ways of going on actual trips, which include the ingestion of psychedelic drugs like LSD and mescaline or the ingestion of mushrooms. The advantages of taking drugs are that they are infallible. Once you take them, then you 'know you are going to go on a trip. Drugs, however, have been criticized for being "unnatural" solutions, and therefore rejected by many people. Mushrooms, in turn, also have advantages and disadvantages. The most prominent advantage is the fact that they contain no synthetic chemicals of any kind, leaving the user feeling closer to Nature. The inexperienced among you, might have problem identifying which mushrooms to take, which poses the greatest disadvantage, since, as most of you should know, not all mushrooms are hallucinogenic and some are even poisonous. Fortunately, there is a very simple process which uncovers the nature of a mushroom in a relatively short time period, which doesn't require any knowledge on the subject: Eating. If nothing happens after eating an unknown shroom, then it is most probably a cremini. If, after ingesting the mushroom you die, then it's almost certainly poisonous. And finally, if after the ingestion you start seeing wondrous things, then - congratulations! Your trip has begun.

Whoa man... Where am I?, you ask. The first part of your voyage is over., we answer. You are now in Psychedelia, a strange and mysterious land which brave and persistent explorers continuously try to conquer. Psychedelia was discovered in the mid '60s by fearless pioneers such as John Lennon, Mick Jagger and their armies of hippies. A legendary explorer is the mysterious Syd Barrett who, despite having first visited Psychedelia very late (in 1967), managed to explore large areas of the land by himself in only a few years. Syd eventually moved there permanently in 1972 and shortly after was crowned King of Psychedelia by a little man named Grimble Gromble. Now Psychedelia is a very very very large place, so no two people who ever went there arrived in the same spot. After Barrett became King, he reorganized the land into various levels, much like Dante organized Hell, the Purgatory and Heaven into circles. People arrive at the different levels -of which there are five, based on the amount of drugs/mushrooms they take. Apart from this, Psychedelia is the most incoherent and beautifully chaotic place you'll ever visit.

This is where stoners arrive. Colours in this part of the land are very bright, music sounds better than it actually is and short term memory loss may take place. Level I is very popular because it is easier to get there than superior levels. The ticket: Weed. Also, side-effects may include short term memory loss. Decreased recall ability has also been observed. What? Oh yah.

Whoa dude! this is where things start gettin' groovy. Nobody knows what you could see here, but it will most certainly be psychedelic! Walls will turn into rivers if you keep your eyes open, but hey, you'll see things if you close them too! You may not want to move at this point ever again, since you've got better things to think about. Last but not least, sounds turn into colours, which in turn become smells. This may confuse some people, but it's perfectly normal, and nothing to worry about. 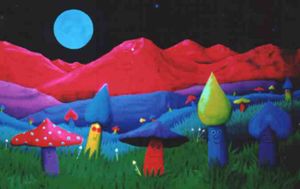 You will never be the same again. Things will transform into completely different things right in front of your eyes. You suddenly realize that time is meaningless. Things may or may not, but probably will start talking to you. Don't Panic. They just want to get to know you better.