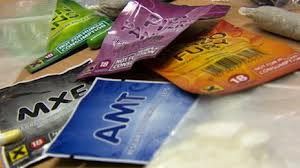 Some of the highs that will be tested in vast quantities at the summit.

The British government will hold a summit of drugs experts as it attempts to tackle the issue of so-called "legal highs".

Home Office minister Norman Baker said that it was vital that he and a top investigation squad, consisting of his mates, assess the drugs for safety for the good of the country. Officially the investigation is known as Team Lads Big Weekend 2014.

The summit comes soon after the 18th teenager in under 3 months has died from “trowelling” a strong but dangerous high that is administered sharply with a spade to the rear of the skull. It supposedly provides a light-headed euphoria to users.

“The problem we face today is the vast number of substances are readily available to our children,” Baker explains. “We want to educate kids about drugs; so they can tell the good shit from the wack shit.”

In preparation for the Team Lads Big Weekend 2014 summit, which is to be held at the Abraxas coffee shop in Amsterdam in the Netherlands, a list of approximately 250 substances has been drawn up and each of these are to be tried and rated for various different factors including- effects, potency and value for money.

“A major danger we have with these drugs not being classified is that young people don’t know what scene they belong to anymore. I have heard stories of indy kids at dubstep raves and emos at David Guetta concerts and it truly sickens me to my very core.”

He told Unnews that the Home Office had been looking at models around the world, such as in many African countries where children are plied with drugs to help with military training. “It is great to see these kids in Africa using drugs to help them make something of their lives and follow a respectable career path in the military. It’s shameful when we look at Britain and we have kids sitting inside all day watching TV. I say, let’s get our kids back outside, taking drugs and killing people!”

The home office is also concerned about the way that these drugs are marketed. "The way they're presented to the public gives no suggestion of the potential for superpowers that we believe they have. Many of these drugs are completely new chemical formulas and we can only assume that several of them will provide some sort of super human abilities and people just aren’t aware about this exciting side of the new substances. This is something that we intend to find out.”

When presented with criticism that the summit is just a waste of tax-payers money in order to let some self-important politicians and officials go on a binge Mr. Baker replied by saying “Look, I don’t want to do this. None of the experts who will be joining me want to. Not Dave (Cameron), not Cleggy, not Paul Flowers, not Ozzy Osbourne, not Pete Doherty, not Lil Wayne, not Hunter S. Thompson, not Amy Winehouse, not Philip Seymour Hoffman, not Jimi Hendrix, not Lord Byron nor any of the Motley Crue. I can’t think of anyone who would want to chill out in a foreign country trying exotic new drugs with an infinitely large wallet funded by the treasury but it is for the good of the nation we make these sacrifices.”

Mr. Baker said the summit and a separate review, conducted by Howard Marks, would inform government policy which was expected to be turned into legislation at some stage.

The government announced in January that the UK was opting out of planned European Commission rules on legal highs, arguing that "We are all sick of Belgium and their shit.”