THE MOON, GREAT BEYOND -- Peter Buck, Mike Mills & Michael Stipe, the last lineup of the legendary American rock band R.E.M. have decided to reunite, 10 years after their latest album, Collapse Into Womb. The song which made R.E.M. dismember at the first place, "My Penis Smells Like Herring", will be officially removed from the band's catalog -- the same as Metallica did to "Set The World Afire", and Sting to "Brand New Turd".

The reformation of R.E.M. is one of the best news the world has seen in 2021, of course. The band has added to our joy by signing a 30-album and 14-straight-to-Youtube-tour deal with Warner Bros. Motörhead, The Beastie Boys, ZZ Top & The Bee Gees have also expressed their desire to sign similar deals.

R.E.M. has also promised to not suck so much in their upcoming 30 albums, and to try to make albums such as Reveal & Up again, but that is very unlikely. It's more logical that Kenny McCormick would die of COVID, get born again, and the boys of South Park reunite and make another "Mr. Garrison's Fancy New Vagina". Which is impossible, of course.

According to Michael Stipe, R.E.M. are huge Saw fans, and have even considered to start a brand new band called S.A.W. so that the reuniting of the members would be more logical. But they finally decided to keep the beloved R.E.M. monicker we all cherish and love. Besides, everyone who is a Saw fan is also a Dexter fan, and anyone who is an R.E.M. fan is also a South Park fan, who is also a Dexter fan, so everything stays in the family anyway. 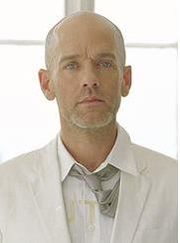 "Why Not Smile" video