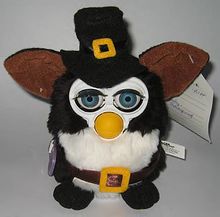 Hell, it probably shits and pisses, too.

WASHINGTON D.C. -- The hottest toy this Christmas will without a doubt be Hasbro's new 2012 edition of the infamous Furby. Technologically advanced to the point that the '98 model looks like an Amish piece of crap, Furby 2012 is programmed with its own iOS app, has LCD eyes and a long tail made for pulling. As for its mannerism, it dances to music, sings, speaks "Furbish" but progressively learns gooder English, changes personalities like a schizoid, feeds on your finger, vomits and farts.

However, if the way 90s children treated the original Furbies are any indication, the next generation will likely live miserable shells of lives. Miserable shells at best. At worst, absolute living Hell. Especially considering its annoying nature beckons physical harm.

In this spirit, President Obama "pardoned" two Furbies from ever being sold on this Black Friday Eve. The Furbies, aptly named PeePee and PooPoo, were treated to a special ceremony outside the White House, in which the President gave his official pardon:

At this point the President let his daughters Sasha and Malia pet the Furbies. Little Sasha put her finger in PooPoo's mouth and fed him until he made the vomit noise. After this short bit of amusement, the girls got bored and the Furbies were finally sent away.

PeePee and PooPoo will be taken to a Furby farm where they'll live happily for the rest of their lives. Coincidentally, this Furby farm happens to be located on the Island of Misfit Toys, as seen in the Rudolph the Red-Nosed Reindeer special. 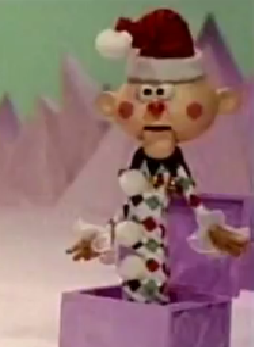