UnNews:If elected, John McCain would build a wing onto the White House to house his "political zoo" 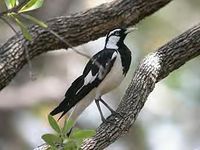 WASHINGTON, DC - Senator John McCain, former prisoner of war, sometime-U. S. senator, and current Republican presidential candidate, announced recently that, should he be elected to the nation’s highest office as George W. Bush’s successor, he will have to build another wing onto the Executive Mansion to house his 22 pets.

“Michael Savage wrote The Political Zoo,” he quipped, referring to the syndicated radio talk show host and political gadfly whose satirical bestiary is on The New York Times’ Bestseller List. “I live in one.”

His pets include a pair of turtles named after those of fictional character Rocky Balboa’s terrapins, Cuff and Link, a reticulated python named Al Gore, a chameleon named Hillary Clinton, a magpie named Nancy Pelosi, and a skunk named Barack O'Bama. “Except for Cuff and Link, all my pets are named after Democrats.” He also owns a pair of crows, Al Sharpton and Jesse Jackson. 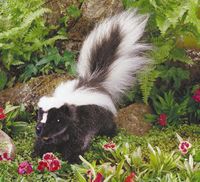 The senator prefers animals to people, he said, because “animals are either loyal and devoted or they have the class, at least, to warn you before they bite, sting, or claw you, and they don’t have special interests or keep track of political favors.”

He probably wouldn’t have as many animals as he does if he had to care for them, but, “Of course, as a U. S. senator and a presidential candidate to boot, I’m way too important to waste time cleaning up dog doo or changing birdcages. That’s why I have a congressional page.”

If he wins the election, McCain promises “some fun times in the White House, when visiting dignitaries come face to face with some of my pets. I mean, can you imagine Tony [Blair] waking up nose to nose with a Goliath toad?”

He also believes that “some of the more assertive” of his pets may be “beneficial to diplomatic efforts. My Bengal tiger can be very persuasive, even with someone like Iranian president Mahmoud Ahmadinejad.”

The addition of a new wing could be expensive, McCain agreed, but, he said, “I’m worth it. Besides, at only 55,000 square feet, total, the Executive Mansion is a little too small for a man of my stature, anyway, although it’s probably too big for the likes of George W. Bush, even if he is from Texas, which, of course, he isn't.”

Nancy Pelosi--the magpie, not the Speaker of the House--agreed, chirping “It’s too small unless it’s the size of a shopping mall.”

Feeding her a cracker, McCain asked, “Isn’t she just too cute? Wouldn’t you just love to see her flying all over the White House? Oops! If I win, I guess I’ll have to keep the furniture Scotch-guarded! Nancy’s not what one could call housetrained.”