The Google logo blows, maybe reflecting the emotions of the guy that made it?

Travelling to Google HQ we noticed the poverty and famine surrounding Mountain View, California. "Christ, it's like we're in England." said one of the cameramen, "It's totally shit over there, I doubt they even have the internet. Hard to believe though isn't it? Everyone has the internet. I mainly talk to people in 3rd world countries on-line. They even think they are better than England. I pity them, I really do."

Rolling on up to the front door, with my homies in the back- Sorry. As we walked up to the reception area of the Google HQ, we were stopped by some big guys at the door. They were obviously wanting to know what we were doing. Once we explained to them that we were trying to show the world what it's like to be working at Google, they declined. I say declined, we were sworn at.

After being escorted off the premises we did manage to get one line out of them, "What do you think? We've got to kick any journalist off site just because the conditions are so bad. My job blows." 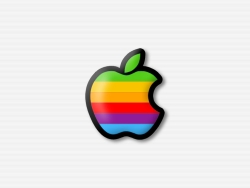 I mean, come on! It's a multi coloured apple for Christ's sake. If that isn't all, it's got a bite out of it! What's that supposed to represent? Microsoft stealing their ideas- Wait, that is a pretty good representation.

So off we drove to Apple Inc.'s HQ. Situated in Cupertino, California it wasn't a very long journey. We were very bored though, stuck in a little car with camera equipment, 2 cameramen (that we haven't actually used yet for an interview) and my annoying voice while I narrate every little thing we do. The driver coughed, then made a little comment about how he shouldn't have smoked when he was younger.

I then trailed off back to my childhood, being beaten up at school. I used to dread every second of it, just waiting for the next comment about me being a geek. Well, look where I am now. Working for a News company. That time when I went to the end of year ball, I got my mum to drive me there. I thought I was really cool. As I was driven up to the front of the school, I could see the people laughing at me. Then the car stopped- 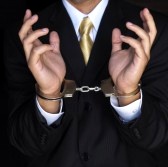 Ah well, at least I'm used to wearing these. My wife is always- er...

We had arrived at Apple, Inc.'s HQ. No guards on the door, maybe they couldn't afford it? But we were able to stroll right in there; and after a 5 minute chat with the receptionist they agreed to let one employee out to see us.

We had asked for a regular person, no senior manager or anything. So that we could get the average employee's opinion.

Strangely, the interview took around 3 seconds to complete. "My Job Sucks".

Well, on our plane journey back to New York. Handcuffed (It seems that I'm bankrupt, I didn't even use these cameramen and this whole journey was a waste of time. We already knew about their jobs sucking, we never found out why and we never found out why the companies don't just merge). I shouldn't get too long in prison. I suppose it's better than working for Google or Apple anyway, apparently it's shit working there.

Featured Article  (read another featured article)
Featured version: 20 April 2007
This article has been featured on the front page. — You can nominate your favourite articles at Uncyclopedia:VFH.