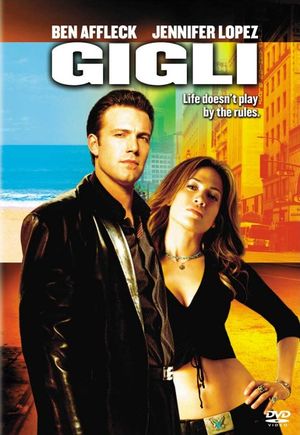 It only took 19 years of turkey time to reach the summit.

HOLLYWOOD -- James Cameron is no longer The King of the World. Thanks to a nostalgia-baiting re-release orchestrated in order to get everyone to shut up about Stranger Things, Ben Affleck and Jennifer Lopez's 2003 flop Gigli has dethroned Avatar as the highest grossing film of all time (unadjusted for inflation), with a whopping $3.65 billion worldwide gross, compared to Avatar's measly $2.84 billion total.

Directed by Martin Breast Brest, Gigli starred Ben Affleck, J Lo, and J Lo's ass, and that's about all anyone remembers, other than the fact that it flopped and Bennifer eventually broke off their engagement faster than Garth Brooks retired Chris Gaines. (Remember that? Damn, I'm old!)

So how did this former flop achieve such an unlikely feat? "Beats the shit out of me," ponders Paul Dergarabedian from ComScore. "Unlike with Kate Bush and 'Running Up That Hill,' you can't pin this one on Stranger Things. Maybe Jennifer's Marry Me movie sucked so much that it made Gigli look like Citizen Kane. Or perhaps nostalgia is distorting our tastes and making us re-evaluate what we used to think was the worst crap man had yet invented. Now if you'll excuse me, I need to go home and watch the Star Wars Holiday Special."

Avatar, not to be confused with Nickelodeon's faux-anime about a last airbender or some nonsense, was previously dethroned by Avengers: Endgame before a re-release overtook the "Tony Stark dies" tearjerker.

Cameron might get another chance to reign supreme when he releases Avatar 2.

Gigli still has a long way to go to topple Gone with the Wind, the highest grossing film of all time when factoring in inflation. "Franky, my dear," Affleck responded, "I don't give a damn."