UnNews:College student sues self for plagiarism 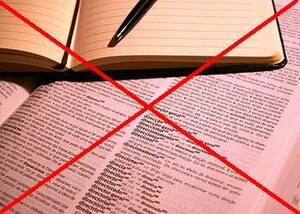 Plagiarism is commonly used by students as a fun and affordable alternative to work.

NEW YORK, New York – A legal battle is heating up in New York today as college student James Margrave filed a lawsuit against himself earlier today over allegations of plagiarism. The lawsuit was filed after the student found out that an english essay written by him was in fact already submitted by himself one year ago. Experts believe that the decision of the court will be 'critical' in determining the legality of self plagiarism.

The attorney for the plaintiff, Mark Goodall, believes that this will be a 'slam dunk' case for the plaintiff. "This is a clear case of stealing somebody's work. It's not so much that he copied it word for word, but his works cited page was not in proper MLA format. Society is in a grave state when our children are learning that they can just ignore MLA format! What has the world come to, where students are too lazy to even properly cite themselves?" explained James Margraves' lawyer as he furiously proclaimed the defendant's guilt.

However, the defense also strongly believes in their case. The ace defense attorney Mark Goodall, claims that James had the right to resubmit his own work. "It is clear from the evidence on record that he had a 'totally bitchin' party to attend on the night the alleged crime took place. I believe that this was a legitimate reason for him to resubmit his own work. Also, I'm sure his works cited page follows 1995 MLA guidelines." explained Mark as he passionately defended his client's innocence.

The lawsuit has already been the cause for some controversy itself, as its wording looks suspiciously similar to that of a plagiarism case brought to the court two years ago, with only minor details, such as names and adjectives, changed. The case continues.