KINGMAN, Arizona - The line of mothers at USA Pawn and Jewelry stretches north along Stockton Hill Road, under US Highway 93, past Cracker Barrel, and all the way to the parking lot of the local movie theater.  Some showed up in the cold, dark, damp early morning hours wearing mittens, wool coats, and ski caps, others opted for spending the night in REI tents curled up in North Face down sleeping bags.  They wait in wheelchairs, there are a few on crutches.  One breathes on a ventilator, many mumble.  Every mother shares a common goal:  Hoping to hock their ungrateful children before Halloween. 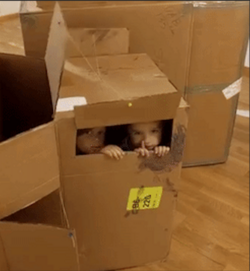 As the traditional American holiday draws near the incessant demands for Halloween costumes, sewing, school carnivals, cupcake making, candy buying, home and yard decorating, and parties grow as well.  With the nation’s nagging product shortages driving up prices, poor policies out of the Capitol, and inflation worse now than under the previous 40 years of Administrations, many mothers have had enough.   With no end in sight of the whining demands and rather than pay more and get less mothers are simply opting to getting rid of their children. Yelled one; "We're throwing out the baby-with the bathwater!  Here-keep the box!"

Home painted signs read; "We can't take it anymore!", "Down with kids!", "Wth was I thinking?!", "Kidz schmidz!",  "I USED to be thin & look sexy!  Thx to my kids-NOT ANY MORE!".  Two banners reading  "If men had kids there'd be no kids!" are strung from the overpass rejectedly swap in the pre-dawn Arizona fog like a pair of tired, aged breasts.

Across the State queues snaked around the block at thrift stores and donation centers with consumers in some cases gathering before dawn under the gaze of National Guard troops posted to maintain order.  All carried rifles, some carried Kleenex, and so did the National Guard.

“The truth is I don’t know what the hell is wrong with children! It gets worse every day!" said Irma Watahomage, 35, a Navajo Taco delivery woman who arrived at 5 a.m. at a large Salvation Army on the east end of Peach Springs to drop off co-joined 15 year old twins Anna and Adolph.  “They are insane, it’s like the end of the world every evening at my home!” she said.  "Constant scuffles break out, incessant whining, mountains of laundry-you should see my monthly grocery bill!  ADOLPH!  Your sister is too young-don't show her your erection!".

Dawn is coming.  An owl screeches overhead.  Trusting children sleep in car seats are soon to be headed to their new home-cardboard boxes on cold hard shelves in the back room of a Goodwill.  Later this evening is 'Ladies Night' at the 'Dambar Saloon & Steakhouse' on Andy Devine Avenue.  With $2 Long Island Ice Teas no doubt a lot of mothers will be headed there to blow off some steam.