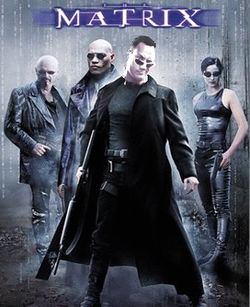 Badly looked-after copies of The Matrix DVD are susceptible to The Rock playing Neo.

We're not all millionaires. A lot of us can't afford to buy everything new. That's why used goods can be a tempting alternative. The second hand market is not without its pitfalls, and it is important to be aware of typical defects that can affect various items.

Secondhand CDs and vinyl are very popular purchases. Of course, you have to be very careful, because wear and tare will take it's toll, especially on older albums. It is well known that older copies of What's the Story Morning Glory by Oasis suffer from erratic drumming and Noel Gallagher singing his songs in Greek. On battered copies of The White Album, McCartney stumbles over several of the words in Helter Skelter and is heard to shout "Fuck it, I really can't be arsed". On copies of Led Zeppelin IV that have not been kept in the album sleeve, Stairway to Heaven is considerably less ground-breaking and is covered by Tom Jones.

Don't let this happen to your copy of Bohemian Rhapsody.

It is incredibly important to only buy second-hand DVDs that are in a condition of nearly-new. Any scratches on A Few Good Men may cause Jack Nicholson to admit that "you probably can handle the truth." Shawshank Redemption is especially susceptible to dust, which can cause Andy Dufresne to hang himself with his cock hanging out, rather than escape from Shawshank State Penitentiary. In damaged copies of Cocktail, Brian Flanagan is played by Christopher Lambert rather than Tom Cruise, and he works in a working-men's club in east Glasgow. Battered copies of Apocalypse Now can suffer from a hugely-reduced moral subtext and may even have a coherent plot. 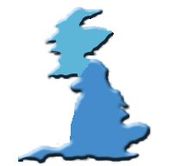 Buying a country in a new condition can be richly rewarding. But to be perfectly honest, most brand new countries are well out of the price range of your average punter. This tends to force one into the murky world of the secondhand market. Things to look out for are high rates of teenage pregnancy and a strained infrastructure. Also, raw sewage around a country's coast is a sure sign that this nation has seen better days.

It's always tempting to dismiss a dictatorship, but you can get real value from natural resources such as oil in these countries. Also, dictatorships tend to make palaces out of solid Gold, and you may be able to attract some banging burds with this kind of action.

The pursuit of 'new' women is littered with legal complexities and a low rate of success, and thus the decision most men have to make is to purchase one that has been in service for as little time as possible.

One of the perceived disadvantages of the secondhand market is that the goods are perhaps slightly dirtier than a pristine, brand-new model. With the fairer sex, however, this can be seen as something of a bonus, with men finding many new features enabled in the older model.