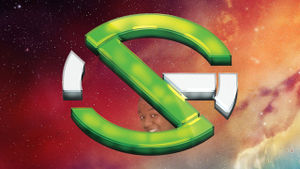 The "SG" logo in all it's glory

Steam-Gamers (often referred to as SG, but officially named "Steam Gaymers daycare") is an online gaming community with servers set-up towards custom game modes in Counter-Strike: Global Offensive and some other games that no one really use. The community servers are based in the United States of America, which means that all of us EU fags get some pretty shit ping. Most of it's player base is built up of nerds, memers, power-hungry children, weeaboos, and alcoholics as no normal human would lay their hands on anything close to SG. Some of the gaymers stick around their forums at www.Steam-Gamers.net but most of them are ignorant and stick to the servers.

SG has gone through some serious shit in the time it's been around. It was founded back in 2007 when a nerd named Haggard and some other guys who aren't relevant anymore wanted to find more friends.

They bought some cheap ass server which is still being used today to host ZE, SG's biggest success server, which you can notice easily by the amount of lag that shit has. The community was originally named Zombie murder, which is a pretty lame name imo. Haggard made it with the intentions to be the pimpest, dankes, and most radical Zombie Mod community out there. The community used to be centered around some oldfag game named CS:Source which there no-longer is any good reason to buy outside of getting textures for Garry's mod. To achieve the goal of being the best Zombie mod community out there, SG recruited only the best of the best players from our servers. Most of whom left after they realized they weren't paid enough.

***Lil tecca is a underrated artist***

At SG daycare there are multiple stations, or "servers" that the children can play on.

The Zombie Escape server (AKA:lagfest server) is SG's subpar success being run with an Iron Fist by Black Rain who has managed to return the Server Population back to its Glory Days through the promises of cheesecake. There are various species of players on Zombie Escape Server: (Dead server) History of ZE in SG.The server use to be popular in the summer, but then the server died and is dead everyday, events only get abut 30 people depending on the event and most of the time the server is 0/64

Server Hoppers- Topkek-tier ZE players that join to play maps that are difficult. Always a mysterious man named Inception leading whenever they join.

Tryhards- These type of players have a strong desire to complete difficult maps. They tend to stay in the back of pact and use PP-Bizons with dual Berrettas. Tryhards can be found in the steam group SGTRYHARDS. Tryhards also tend to be weeaboos, they can be found in the Steam Groups AnimeforLPS or SGWEEABOS

Pros- Players on the zombie escape server who are gifted with leadership, skill and are very popular with the general server population. These type of players mostly consist of players from other servers since SG native ze pros are nonexistent.

Racists- Commonly found on the server. They love saying racial slurs and usually go missing the next day.

Doorhuggers- Very common on the server. They love to face the door, hugging it usually having their backs facing towards the zombies being completely useless to the group.

Micspammers- 11 yr old kids who sneak out of JB and micspam for awhile until they are caught by admoons. You'll probably see that most complaints are about them.

TTT is an enhanced version of the famous Half-Life 2: Deathmatch (2004). This superior variant introduces roles (rules) that restrict players to kill others. Doing so is highly taboo among the gamers roleplaying as Innocents, Traitors and Detectives. Partaking in a normal deathmatch behavior is punishable by the law, the RDM POLICE (ransom, death or murder) will punish you for your crimes. The rules taking the fun out of the game, players have to build their own fun by pretending to have fun, as the server turned into "whoever shoots first wins" and "admin X rdmed me".

According to classified intel, TTT's longtime manager, Gator, has been orchestrating the "hugest plot in history of troubled terrorists in a town"[citation needed 1]. Since Gator has been running the server, he has apparently been replacing every regular by an identical copy that would pretend to "enjoy the server". After a thorough search, a team of experts[citation needed 2] have concluded that nearly 85% of the playerbase have been replaced since the arrival of Gator. Instances of those replaced are to be referred as TTT-1-X. Furthermore, the increase in rankings has been attributed and credited to Gator and his successful management, while said experts conclude that the increase in activity isn't due to changes but to the restlessness of the TTT-1-X replicas. Investigations continue as Gator is promoted to the Board of Directors. Experts fear that Gator will replace the Board and take over Steam-Gamers.

Population died around the beginning of 2016. Is this still being used? Yes. Kiel and ried66 AFK'd the server until both of them left the rank. A fellow man of faith, a Buddhist believing in some eye for eye bullshit re-AFK'd the server with another man named "dad" in french, who tried his very best to not do anything. MC G Ruff, an independent black artist, did most of the work as a Community Slave to leave less than 5 days after his promotion to manager.

In this game mode you surf through time and space with the goal of reaching nirvana (and potentially, an orgasm). The surf playerbase is the strongest playerbase of them all, since it can say the n-word[source 1]

Basically call of duty FFA in CSGO. Second server was put in place by no other than O5-1 and O5-4, and has since tremendously gained in popularity.

Scrim is probably the most community driven place in SG outside of the forums. This is where people can play a friendly competitive-ish match together. 10 players are needed, but you rarely hit that many.

Scrim was born out of thin air. Black Rain, Pancake32 and other oldfags.

After said oldfags left and abandoned scrim to its destiny, a man known as "Clamshade" took over and successfully destroyed the playerbase. Using methods like hidden 64 tick, unstability and community-made maps, the playerbase left to never return.

Following the important rank changes of April 2018, O5-4 was promoted to lead the server. Following the master's ways, O5-4 re-destroyed the playerbase with more community made maps from previous operations. Realizing his mistakes, the brilliant man scrapped the concept and revived the server and brought it to the top, SG scrim being the #1 scrim server of CSGO, with the help of an anonymous coder, who still to this day, refuses to get paid.

O5-5 trying to obtain the n-word pass for scrim.

O5-5 resigned from his position once the server reached its peak, right after negotiating with the Board to obtain the n-word pass unsuccessfully, leaving "tiddies" to take his spot. tiddies found himself to not do jackshit, as O5-5 had already fixed the server.The new manager decided to use "decisive strike" and open a faceit variant of scrim, dedicated for the sweaties looking for some actual games. The long-term effects of the newly implanted system have yet to be measured, but is as of now, a tremendous failure.

Is this still being used? No.

Was this a failure? Yes.

Was this a failure? Yes 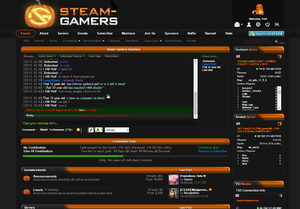 The forums is a lovely paradise. It is exposed to various hazards like kids spamming for 100 10 posts because they think they will get admin and memers, but they will see in time. Except for the memers, memes will always live. I mean this whole thing is a meme. But watch out for Halo everyone with a white name and typos in their threads. He They will report you for absolutely no reason at all ruining the whole point of the post.