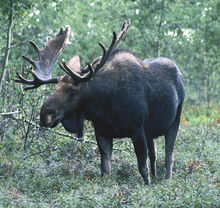 A close relative of the hippo, the walrus.

Pawtucket, RI (real town) – The children's toy company Hasbro is celebrating 30 years of hippopotamuses and their hunger in game form. Originally made in 1978, the game Hungry Hungry Hippos features a variety of interesting characters, including a purple hippopotamus, and a pink one.

Charles Hasbro is the creator of the game. A 35 year old mental inpatient, Mr. Hasbro described his inspiration for the game. "I always loved hippos. They're nice and fun, and they don't yell at me like mommy does. I'M SORRY MOMMY! I'M SORRY!" Mr. Hasbro's other favorite game, Sorry will also be celebrating its anniversary soon according to Hasbro officials.

The game board itself was invented by zoologist Frank Ululu, a resident "Hippopotomologist" at Pawtucket Zoo. Created by Ululu and a team of 200 engineers and zoologists in 1978, the game board originally featured merely three hippopotamuses. Ululu has an ongoing legal suit with Hasbro over the rights for the game, and is a surprisingly violent anti-hippopotamus activist. Says Ululu, "Everyone thinks that hippopotamuses are nice. They aren't. They are just the biggest assholes this side of the Ganges, and that INCLUDES rhinos."

Hungry Hungry Hippos has been under attack in recent years for its misrepresentation of Hippos. Doctor Ululu and several others have stated, for example, that while the game is only 30 years old, "the species Hippopotamus amphibius is 60 million years old, confusing younger audiences, and infuriating the more mature ones with its inaccuracy." Other disagreements include the fact that, unlike the game, no pink hippopotamuses exist in the wild, and the fact that hippos rarely eat plastic white marbles as large as their heads. Ululu's group goes on to say that "Unlike real hippos, the game is NOT an herbivore and does NOT live in Africa."

The game has been used by game theorists such as John Forbes Nash to describe "Button Mashing" theory. In A Beautiful Mind, Nash is shown playing Hungry Hungry Hippos in his mind to describe the theory that the universe is "one really stupid place". The "Button Mashing" theory is currently used to explain reality TV, women drivers, and the game Ants in the Pants (also by Hasbro).

Hungry Hungry Hippos has guided the artistic talents of various people in the 30 years since its inception. Artist Theodus Phischy, a lover of the game since childhood and acute schizophrenic, has created several pieces using the gameboard itself. Along with Hippo Art, fortune tellers have begun using the board as a horoscope-like device. Hasbro has disowned this art style and has brought several "cease and desist" lawsuits against the artists.

Charles Hasbro has been silent over the years, but at the 30th anniversary of the game has publicly said that "Ululululu is a funny name" and, standing at the podium with his pet giraffe "Hippo", stated that "Ulululu isn't as nice as Mr. Hippo! Is he Mr. Hippo? No he isn't! I swear to GOD, Mr. Hippo, he isn't! SHUT UP!" Hasbro Company has stated that it hopes "the game Hungry Hungry Hippos lasts as long or longer than the species itself but that its predecessor, Hungry Hungry Artiodactyls, is not forgotten."

Featured Article  (read another featured article)
Featured version: 8 April 2008
This article has been featured on the front page. — You can nominate your favourite articles at Uncyclopedia:VFH.