— The Bartender on "Why the non-linear sequence?"

“It ain't none of my fucking business!”

— Quentin Tarantino on The Aristocrats 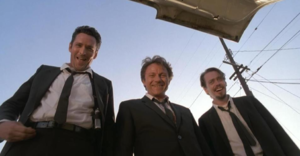 Narration: All them old tales start with “once upon a time”. This ain't one of them tales. No linear path towards “happy ever after”, standard narrative tropes here. Good storytellers, like the great auteur filmmakers prefer to start in media res, in the meat of the action. So I guess that means you are going to want to find out how I found myself trapped in the boot of a 1966 Cadillac Coupe DeVille, a stomach full of dog semen and human shit, with my teenage daughter's arm inserted elbow deep into my rectum...

The Polaroid SX-70 lacked the later Sonar OneStep and SLR 680 models sonar autofocus system but was more than capable of detailing equisite detail in the hands of a professional.

Mr. Pink-Trombone: I'm telling you this has to be a sure thing...

Mr. Browneye (eyeing him with suspicion): Go on...

Mr. Pink-Trombone pulls out a series of polaroids, skimming them across the coffee-stained surface of the table. His companions pick them up and study them in turn.

Mr. Browneye: What does that name say?

Mr. BB Coq: Where did you get the photos?

Mr. Pink-Trombone (smirking): Guy on the inside. He owed me, big time, so got him to arrange some cameras in their office.

Mr. BB Coq (nodding his head slowly): So what we lookin' at here? Other than some motherfuckers doin' some fucked up shit. (Stares at last polaroid) Jeez, is that who I think it is?

Mr. BB Coq: Fuck my ass, my man, why didn't you say so? This could be the big job we're after. Motherfucker! You can count me in! Damn! 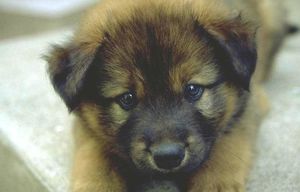 I have nothing of value to add.

Seated behind his large mahogony desk he watches the family writhe together in ecstasy, arms and legs entwined, tongues and fingers probing into all available spaces. The thick padding of the leather casting couch is a splooge-covered mess, as the naked figures slime themselves together.

Opening one of the deep drawers he carefully puts away the four empty glasses, smiling to himself. In the drawer are a number of vials marked Flunitrazepam, Methyl​enedioxy​methamphetamine, Ketamine, and others.

He pulls out a handcrafted Haruhi Suzumiya ivory handled Samurai double-ended dong, his eyes close as he hears the sound of it sliding out of it's sheath. Despite it's size it is perfectly balanced, the work of a true master of their art, without doubt the finist dongsmith of all time. Tonight this masterpiece would taste new flesh. He opened his eyes.

Nice Guy Dick: Tell me again, what was the significance of the watch?

So you do know the guy with the limp is Keyser Söze, right?
“The way to succeed and the way to suck eggs”

Mr. Pink-Trombone: ...yeah, it's a nice one, my dad bought it in Vietnam. Very distinct face. Genuine dogskin. He smuggled a hundred of these in his ass...

Mr. Browneye: Twenty minutes since we got back, still no sign of Mr. BB Coq. Getting a bit worried.

Mr. Pink-Trombone: No concern about Mr. Blueballs? Does his life not matter?

Mr. Pink-Trombone: Yeah, but he's not been right since that weekend at Zed's....still worried how long it's taking for them to get back. Can't make sense of what happened, the cops were there fast, too fast....it's like they knew we was coming....and did you see who was in the building when we first went in?

Mr. Browneye: (nodding) It was that actor guy from Usual Suspects...

Mr. Pink-Trombone: The guy with the limp was...ah, never mind....what the fuck is that music?

Mr. Pink-Trombone (pulling sidearm): WHO THE FUCK ARE YOU?

Mr. Big Bad Wolf: Hey, let's all be cool, like the Fonz. My good friend Mr. BB Coq sent me, said if anything gets messy I'm to clean things up.

Mr. Pink-Trombone: WHERE THE FUCK IS HE?

That ain't no way to fuck a pig.

Mr. Big Bad Wolf: Well, that's a bit of a tale, do you mind if I pour myself a cup of coffee, whilst we talk. So....a few days ago I get a call from my good friend saying he's about to do a big job but that he doesn't trust one of the guys in the squad, so he has be do a bit of background. I do a little digging and it turns out that Mr. Blueballs is actually a Mr. Bluebottle, the guy is a Rozzer, the Fuzz, a Pig, a Scuffer, the Filth, you catchin' my drift?

Mr. Pink-Trombone: I FUCKIN' KNEW HE WASN'T ON THE LEVEL...

Mr. Big Bad Wolf: Too fuckin' right he wasn't. So....(sips coffee), mmmmmmm, so Mr. BB Coq and my good self hatch a plan to cap this motherfucker before he can dob you guys in but first we gotta get through this job, so knowing the cops aren't gonna shoot one of their own Mr. BB Coq grabs the rich fuckers and throws them in the trunk, and I have to say that's some sick fuckin' business they're up to there, sick fuckin' business, but then the pigs arrive and he grabs so called Mr. Blueballs as a hostage to make his way out of Dodge.

Mr. Big Bad Wolf: Out front in the car, he's asked me to come get you guys whilst he takes care of our guest. And I've got to say, gentlemen, you are in for a fuckin' treat when I show you what we've got in the trunk. That girl has her fist so far up her dad's arse that she can probably feel his tonsils, and you are going to shit yourself when you find out where the dog is hiding.

Light shines into the open door as the three men emerge into the daylight, making their way towards the trunk of the car parked outside. 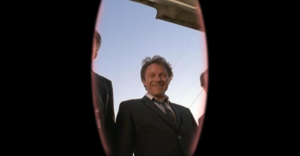 Shot Opening: The guys hadn't seen an opening that banged up since Madonna's 60th.

Father and Son seated at kitchen table, Son is eating a bowl of Trix cereal, an open box placed before him.

Father: ...so that's why I think the song "Into the Groove" is about Madonna's recollection of her first 12 knuckler fingerbang in the backseat of her dad's 1972 Pontiac LeMans....

Son: Great story dad, but how is that going to help with my fractions homework?

Father: Sorry son, if you want to know how many you get to fit into one you should ask your mum. Oh, listen (turns towards the radio playing in the corner), I love this song. Pump It, The Black Eyed Peas, jeez, the time me and your mum had back then. Wait, they've changed it....

Daughter: This is the older song they sampled, Misirlou by some surfer dude, it's like a really old song...

Folding the newspaper away father starts to go through the mail. Bill, another bill, something handwritten. He carefully opens the last envelope, a golden light illuminates his features.

Father: (staring at the contents of the opened letter) Everyone quick! We've got it! Oh my God!

Mother and daughter both rush across to see what the excitement is.

Mother: What does it say?

Father: This letter, uhuh, this letter is an invitation to demonstrate our act at the offices of Nice Guy Dick, talent spotter for Harvey Weinstein. This is going to be our big break! They're gonna love our act...

Featured Article  (read another featured article)
Featured version: 1 January 2022
This article has been featured on the front page. — You can nominate your favourite articles at Uncyclopedia:VFH.