From Uncyclopedia, the content-free encyclopedia
Jump to navigation Jump to search
“I'll Be Back”

~ The Governator on Sacramento

“They got some fat ass women and the Rock just say 'no'.”

~ The Rock on Sacramento 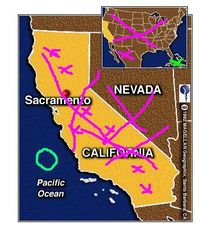 Few cities in the Austrian Confederation of the Reich (only very occasionally referred to as California, mostly by young pistachios set irrevocably aflame, who are only very occasionally referred to as Americans) have brought forth the breadth of controversy that has Sacramento. It is regarded as the peculiar case: Sacramento harbors ZERO special interests. Along with LeVar Burton's trusty Sears X-G-9-ND71 microwave, Montana, and Area 51, it is the only slice of pizza that can make such a claim.

Sacramento was first written in early 1983 as a joke program by a group of MIT students in the MS-DOS operating system. The students, for reasons yet explained, found writing an Independent Republic into DOS to be a humorous venture. After three and one half weeks of excessive gamma radiation exposure (due to those damned 80's televisions), three Russian Revolutions, and the ceremonial slaughtering (by excessive exposure to Broadway Showtunes, principally those of the nefarious Stephen Sondheim) of pi to the fourteenth oatmeal raisin cookies, the program was completed on March 14, 1976. It was executed three seconds later, as a .bat (and as a .nowruntellthat for the CNN international crowd) file, with just a pinch of bitmap and paprika. Disaster would follow swiftly in toe...

Unfortunately, our anonymous programmers were unaware of 329 key points. They are, in order of increasing molecular and seismic density:

1. The cows having had come home with previousness

2-278. You can only interpret a .bat written program on a 'Thursday'. Otherwise, you need to swing the .bat at the .ball, and hit something at least close to a .300.

279, through a loopy-dee-loop, over a Casio Keyboard, and straight through pi

Note that the above is very important to the rest of the article.'

The Cybernetic Computer Hackers Network Started By His Grandess Chancellor Arnold Schwarzenegger With a Degree of Zest and Swiftness Yet, To the Knowledge of the People, Matched in Any Degree, (usually shortened to CCHNSBHGCASWDZSYTKPMAD) infiltrated the launch of the program, obtained the access codes, and shut down every Pita hut in the state. Not Pizza Hut, Pita Hut.

Since the number of Pita Huts is, in fact, absolute zero, the Universe was launched 168 years into the past due to the amplitude of this miscalculation. Oops. 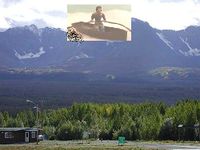 An eskimo, canoeing over the Yukon. Crucial.

Sometime in June of 1868, a group of eager and enthusiastic Eskimos, somehow canoeing through the Yukon, across the Mississippi River, and right over Sen. Ted Kennedy (D-Staples), found Sacramento in a recycling bin, in the form of a small inflatable ball. Using a standard-issue Eskimo bicycle pump, the rebellious Eskimos inflated the ball. Unfortunately, this caused a chain reaction which open up the space time continum of z-squared-poo poo, sending the cyborgs back into the past, and promptly re-transporting the Eskimos onto a reservation. Funnily enough, all other Native American tribes were also transported to such reservations around this same time.

Nevertheless, this began the course of history we all know and love: Arnold Schwarzenegger flew into the area on his trusty flying motorcycle, thanked the cyborgs (and by thanked, we mean enslaved and beat), declared himself Chancellor of Space, Time, and Ice Cream. Most people unfortunately only recognize him as the Governor of California. 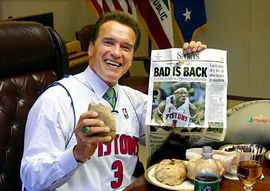 In a broadcast seen on microwaves across the region, Chancellor Schwarzenegger announces his plans to eliminate special interests. Also, he needs a refill on the Ginger Ale. Also, even Arnold doesn't care about the Kings.

In early January of 1987, with Chancellor Arnold Schwarzenegger seeking his 19th term of reelection*, he made a shocking proposal to the people of Sacramento: he would eliminate special interests from the Commonwealth Republic of Sacramento. For whatever reason, this caused a lot more uproar among the people then is 1963 measure of eliminating Congress and replacing it with a robotic computer mainframe, which legislation would be uploaded to by robots. Whatever. Nevertheless, the Governor, who himself is NOT a cyborg (he promised us!), persisted with this proposal, driving city-wide in his supercharged 2191 UltraLux Terraformer (which he was given as a gift from the future), spreading this mission.

*, note: The term reelection is used quite, quite loosely in this context. Really, all it is the robots updating the mainframe once every four years to conform with the Chancellor's Ever Growing Supreme Omnipotence.

Here is a suspected list of just what special interests Chancellor Gov. Schwarzenegger eliminated from Sacramento: 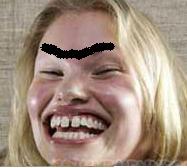 This is Sacramento after Arnold was elected governer.

The People's Commonwealth Republic of the Seventeenth Order of the ZX9 Robo-Design with the Astouding Irritablity of Fourteen Angry Parole Officers with the Calvin Cycle Moving At Approximately 3 Turns Per Millenia Producing 78 Molecules of Glucose With the Underappreciated Assistance of the Coagulative Reich of the Children's Free Sacramento.

Officially, Sacramento has adopted a Mainframe Cyborgocracy. The Chancellor is the mainframe's "leeter." The mainframe contains all measures and city ordinances, which are always proposed by the Chancellor, and are uploaded via a USB connection by Robot "cabinet" members. There is no legislative body to speak of, although the Chancellor has been known to listen to suggestions from...well, actually, no one.

Violation of the mainframe means not terribly good things will happen to you.

Sacramento has a rich demographic diversity. Here are some figures, taken from the robocensus which occurred on Stardate 45687.23 (a census is taken every 3 microseconds):

After the swift elimination of the Sacramento Kings, one leisure activity remains: