From Uncyclopedia, the content-free encyclopedia
(Redirected from Remote)
Jump to navigation Jump to search

“In Soviet Russia, Remote Controls You!!!”

“Grandma said that when she was growing up, she had to walk all the way to the TV to change the channel!”

Remote Control is a mental ability possessed by few individuals allowing them to control other objects and even living beings from a location far away from that of what they are controlling. 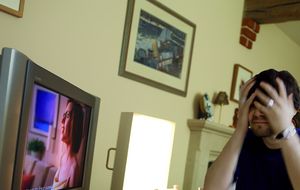 The first recorded use of Remote Control was in 1978 by a New Hampshire man who was sick of watching Paris Hilton and Nicole Richie being spoiled brats on The Simple Life, and wished the channel on the TV would change. To his surprise, using his mental abilities, he was able to control all the functions on the television. He refined his skill and by the day of his untimely death in 1998, he was also able to control anybody at any time anywhere. It is believed that he had controlled several Presidents several times simply for personal enjoyment.

By this time, the I Can't Believe It's Not The Illuminati had already been monitoring this man for some time, and decided that the ability was one that they wanted, especially for their weekly hot-tub parties. So, a plan was formed, and remote control was sent to the Mainstream for invention and distribution. Before the end of the year, remote control was in over 99.99999% of US homes. The 0.00001% that refused to use it were violently killed until they were completely and utterly dead.

In Soviet Russia the Remote Controls YOU!!!

When you press a button (1), the remote control beams a signal in Morse code to a conveniently placed satellite in synchronous orbit with your place of residence (2). This satellite then relays the signal to another satellite (3), which bounces the signal off of the golden dome of the mosque in Jerusalem (4) to a third satellite (5) which then transmits the signal to the main hub of the International Institute for Convenience, located in Spokane, Washington (6). There, an ever diligent team of switchboard operators send your remote's signal to the Illuminati (7), who will make sure that the station you have selected will have plenty of instances of “fnord”; to the CIA (8), where the information will be filed into the dossier they keep on you; and to MiniThought (9), where your request gets analysed for possible crimethink. After the long process of analysis and approval, the switchboard operators at the main hub will then send the signal via yet another satellite array (10) to Superman at the Fortress of Solitude (11). Superman will then fly around the Earth at light speed until the Earth begins to reverse its rotation, thus causing time itself to reverse (12). Superman will continue to travel through time in this manner until he reaches a point in time no less than ten minutes prior to your sending the signal requesting the channel to change. He will then send this signal through the satellite array (13) back to the switchboard operators at main hub, who transmit the signal to your local television broadcasting center (14), who then transmit the new data to your television (15) at the precise moment you press the button. 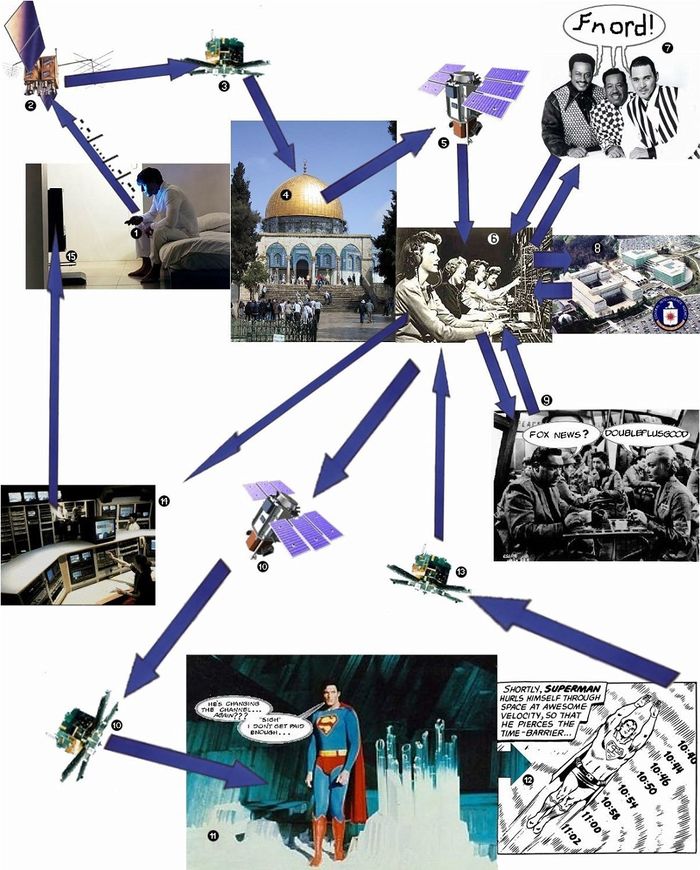 And I bet you thought it would be as simple as a beam of infrared light, huh?

Remote controls are now used for a wide variety of products other than televisions. These products include:

It is speculated that during the 1970's and 80's, the United States Government experimented in Remote Control, in hopes of finding a practical use. An estimated 20 billion dollars went into "Project: Farscape." Their aim was to create the ultimate remote control, one that could control both the television, stereo and vibrating underwear. It would come as no surprise that Hoover rubber-stamped the concept in the first place, as watching television and operating vibrating underwear was extremely difficult for him to do. Some evidence has emerged to show it produced useful results, such as the destruction of several Soviet nuclear warheads, but ultimately the Government cut funding, and the project was grounded.