For those without comedic tastes, the so-called experts at Wikipedia have an article about Little Johnny. 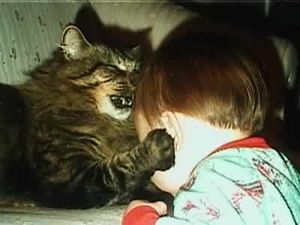 No matter how many times he was told, Little Johnny never listened.

Little Johnny is one of the two most unlucky kids in the world or a texas girl, just like me.. He and his brother, Little Timmy, make up the unlucky group of siblings known as the "Little Brothers"... or they did until Little Johnny kicked the bucket. 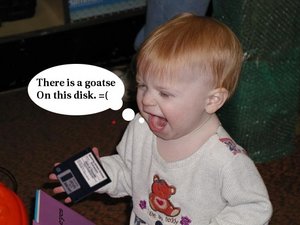 Johnny never did pay any attention.

Little Johnny was born on Friday the 13th in 1337, and his arrival is widely considered as a fulfillment of ancient prophecy. Shortly after Little Johnny's miraculous birth, Little Timmy (his little brother) bit him. Little Johnny was physically and psychologically scarred by this incident, and would go on to live a life of abject misery. In pre-K, he never once got his turn to play on the monkey bars.

When he was 10 years old, Little Johnny was mistaken for a US soldier and was shipped off to fight in the Gulf War. Meanwhile, his little brother was captured and brainwashed by the Mafia. While they were away, their impoverished parents won the Mega Millions Jackpot and lived a lifestyle of extreme opulence, but they had spent it all by the time their kids returned.

Later that year, Little Johnny and his brother were brutally tortured by a little girl who created voodoo dolls of them from her collection of stock photos. She proceeded to dress Little Timmy up like a girl and began to bash the dolls against each other whilst making kissing noises. As she did this, the two brothers were repeatedly hurled against each other and suffered broken noses. The girl then decided to add a plot twist to the dolls' story in which Timmy found that Johnny was cheating on him. Therefore, she had the Timmy doll kick the shit out of the Johnny doll where it hurts. Little Johnny was unexpectedly neutered that day.

After Little Timmy fell down an empty well and drowned, Little Johnny sank into a state of morbid depression. When he was a 15 years old in high school, he was so depressed that he committed suicide by drinking Kool-Aid-laced acid. For three long years, no one noticed he was gone, until Graduation Day when they found his mangled corpse in the school auditorium, hidden in plain sight.

The Legacy of Little Johnny[edit] 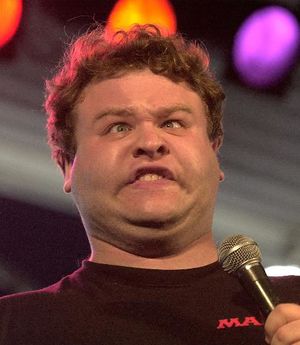 Whatever happened to Little Johnny you ask? Well, some people say he make the mistake of eating Pop Rocks with soda.

Little Johnny has inspired many writers, who have written many morally-inspiring stories about his short life. To this day, Little Johnny is worshipped by legions of adoring fans.

The most famous "Little Johnny story" was written in AD 2780 by an anonymous Mexican under the pseudonym Writey McWriterson. In the story of Little Johnny Appleseed, a young man named Little Johnny Appleseed was skipping down a country lane one day, minding his own business, when he was brutally assaulted by a marauding gang of rabid vegetarians. The vegetarians forced juicy red apples into poor Little Johnny Appleseed's mouth, causing him to develop an unhealthy sexual attraction to the fruit (but only for red apples, because green and yellow ones taste icky). Little Johnny Appleseed then began a religious crusade to plant thousands and thousands of red apple tree seedlings, all the while burning down the millions of indigenous green and yellow apple trees that inadvertently got in his way. The story is famous and is often taken as a metaphor stating that red apples are supreme in all ways to other types of fruit, in that they promote knowledge and learning.

An evil chemistry teacher once created a poem about the legendary death of Little Johnny, with the second verse added in significantly later, perhaps as an afterthought. It goes:

When he said he was no swimmer
It was I who pushed him in:
I the one who laughed, despite
The painful splashes on my skin...

This poem has won the Nobel Prize for Literature every year for the past decade. It was also incorporated into the official hymnal of the Church of Scientology.