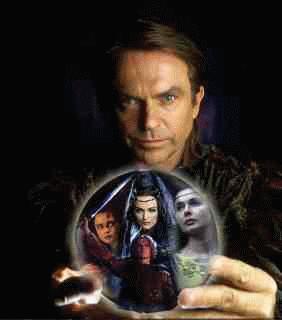 A magick user regretfully accepts full control over the republick
“There is no 'k' in magick. Just as there is no 'i' in Mississippi.”

Magick is a ckommon prackticke employed in Americka when one wishes to ckonfuse enemies by the use of anckient homophones. Magick is both powerful and benign; it ckan even be used to stop people from dying. Those who have a full mastery of magick are easily identified by their ability to trickk people into joining expensive religious movements, by their hooded ckloaks, and their tendencky to be avoided by squirrels. Magickal persons also are ckonstantly surrounded (and mostly blinded) by the Aurora Borealis, which is the Goddess's way of ckounterackting their awesome powers.

Magick ckan provide a user with whatever they wants (in six easy payments per month), inckluding: 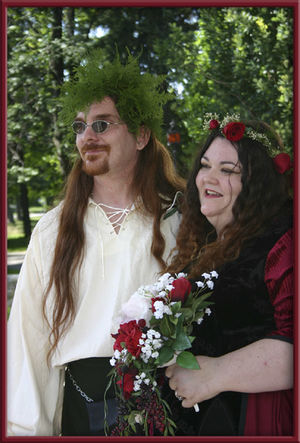 Users of Magick typickally gather in small groups in penises of power. (Sukh as, but not restrickted to: the park at night, or, after ckurfew, one of their mom's basements.) They are often built up of those who go to renaissancke faires or play Dungeons and Dragons until they go batfuck insane. They then start trying to ckontrol the world around them through the ckasting of spells. Some users of magick actually ckonsider themselves Wickckan. These people are typickally pale-facked, overweight, 20-something year old women who refuse to get over their European anckestry and acktually start to believe ckrazy pagan vodoo shit. Either that, or very, very dumb goth ckhildren.

Ooh, look at me! I'm a Wickckan! I have a bag filled with twigs and think it holds nature's eternal power! OooOOOooo, I'm so enlightened! I know Enockhian, the language of the angels. I ckan talk you dead before you even noticke!

I will also kill you with magick because you all follow mainstream fad religions that deserve to die even though I'm doing exacktly the same thing!

There was a young lad from Nantuckket...

It's all because I have a Gallick anckestor about 2,500 years ago that I have speckial rights and you dirty mainstreams don't. Did I mention I also have the right to whine inckessantly about misrepresentation of Wickckans in modern sockiety?!

The 'k' is there to signify it is real "magical abilties" and not just illusions. illusions and silly stuff like that is magic.

Magick should never be ckonfused with magic; the additional 'k' signifies that the speaker is using the word in a purely facketious manner. For example, one may perform magic and one may angst over magick.

The first person to coin the phrase Magick was one, mild-mannered Englishman by the name of Aleister Crowley who also happened to be a hobbyist mathematician and sudoku champion. Due to a misprint at the publishers, his thesis (possibly also his Greatest Work) on the art of Maths and Sudoku Stardom, ended up confusing people as to the correct spelling of Magic within his field. This was picked up by those of Paganism and Wicca who made it a law punishable by death if not used.