Ever wanted to have an ultimate base that will oversee the world you have conquered? Ever want to have everything you want? Do you wish to owned someone that pisses you off? Then read the article to how to do it. 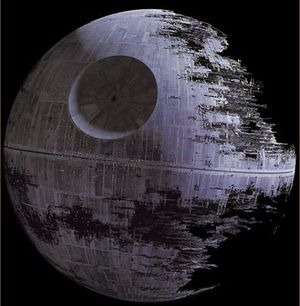 The spaceship used by World leaders who ruled the world

World domination is a hard thing to do. There are guidelines on what to do in case if you met the standards of ruling the world, or an entire planet in general.

Kill somebody you hate. They will/will not expect you thinking you need help, but shoot them before they try to kill you. Meh.

Here's a List to rule the world. Most of them are effective, while some superheroes like Jack Bauer will kill you, so you have to be really fast (note: you must be stupid, retarded, just simply dumb, or a pissed off person):

Samuel L. Jackson slaughtering a zombie in a local hospital.

While you sucessfully conquered the world, you need a base of operations. Since the world is yours, you command an army of millions. You can make them build a base for you to oversee the planet with a camera installed to your slaves. If you encounter CATS to claim your base, make an offer he can't refuse (give him bases, apparently). Then your can make your slaves do any bidding you want.