HowTo:Kill and not get caught 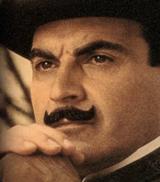 Want to confound this Belgian detective? You've come to the right place.

~ Kagami on killing without getting caught

“What the fuck are you talking about?”

~ Sherlock Holmes on killing without getting caught

This is How To aimed at aspiring murderers from varying backgrounds. Perhaps you're angry with those damn neighbours who just don't show you the respect you deserve? Maybe you're rich and bored? Murder is easy, but most people find out too late that avoiding comeuppance is the tricky part. Thankfully you're one of the clever ones who will be prepared to cross the line. No sitting in jail, sobbing as you wait for your next turn as Bubba's bitch. You shall murder with impunity, for you are prepared. Let's begin your journey in to darkness.

Quite frankly we don't care who you are or why you should wish to commit a murder. We just wish to make it clear that this is your decision and even though this may be a very odd decision on your part, we are not in any way connected with your acts. Please do not read any further unless you want to be successful. Also, remember people, we are trying to teach people on how to commit a perfect murder, and we are not here to fool around and make jokes.

Thank you for your cooperation.

The definition of the perfect murder is the killing of one or more people without being caught, fined or sent to prison.

Motives are your reason to commit murder. They can be logical or illogical. They are often used by police, detectives, FBI, CSI, or any other authority to capture criminals. It may be better to murder someone you don't know. Be aware that the more murders you commit, the more likely you are to be caught. You may develop an M.O, which would allow you to be apprehended.

So the best way to avoid being caught is to be totally random. However, this may be unsatisfying, so let's consider why we would murder someone we know:

A Brief Explanation of Physical Evidence[edit]

Before attempting a murder, you must read this passage: Locard's Exchange Principle

Although Locard's Exchange Principle may be true, you must prove it false in your murder by clearing up every possible evidence that the police can search to arrest you. You must ensure that you do not leave anything behind. That is the whole point in a Perfect Murder.

Let's now step-through the planning and execution of your perfect murder.

You should not murder on a chat show watched by millions. If you do, you're as stupid as shit. Got it?

OK, before we start all this, let me declare that YOU MUST WEAR GLOVES BEFORE ATTEMPTING A MURDER. With modern technology, police can search for your fingerprints. With thick gloves, fingerprints will not be left behind.

Also, do NOT leave anything behind that the police can do to collect your DNA. Fingerprints aren't the only things that can be searched for DNA. Your hair or any kind of discretion your body makes (Sweat, spit, urine, sperms, semen, menstrual blood or even your shit) can be collected to check for your DNA.

Do not chose a location that can be readily linked to you or your victim. Consider a rarely frequented location, such as an abandoned warehouse. Do not phone your victim or send a letter inviting them to meet you there. You are not asking this person for a date, and you certainly do not want to leave any evidence of your being there.

A chat room could be used, but be sure to use a computer at a location that cannot be linked to you. Most successful murderers operate in areas far from their home. When traveling to this location, alternate your route and avoid retaining evidence of your travels - such as bus tickets and souvenir T-shirts. Pay with cash, and avoid using your ATM card en-route.

There are literally thousands of weapons available to you. Be careful to chose one appropriate to the setting, and one that you are comfortable using. The weapons used to put-down a slave revolt or a zombie attack aren't necessarily appropriate for a discrete murder at the opera. Consider the following:

You could also use average shoe laces to commit a murder, which can be used to cut off the air supply to a victim.

Try to make the murder look like suicide. This is achieved by rubbing the weapon on your victim when you are finished. It collects their DNA. Note that this strategy will prove ineffective if you killed the person by stabbing them in the back.

You must quickly dispose of your clothing and anything else that could link you to the crime. Far too many murderers have been caught when a random traffic cop pulled them over for speeding and noticed a severed head on the passenger seat.

Knife
Apply the knife to the victim's neck, wrist, chest, or back of the legs. These are the location of major arteries and veins. However, this spills blood, try making the victim stand on a large piece of cloth that covers your location's room. Then, set fire to it. Simple.

Heavy Object
Whack your victim until their screams end, and perhaps until the voices in your head stop crying out for blood. Mother, why don't you love me as much as daddy?

Fire
Burn them to death by trapping them in a small room. This is risky, since fire may be difficult to control.

Pillow
Invite the victim to a sleep over. When they're drowsy, hold the pillow over the face and don't let go until they stop wriggling, or when the victim has already fallen to sleep, seize the opportunity.

If you follow this simple guide you will carefully and systematically remove all evidence. Do not miss out any stages - it will result in an Imperfect Murder:

If using a weapon that draws blood, ensure that you clean the murder scene or otherwise destroy it with fire. Note that excessive tidiness is in itself suspicious, so avoid getting blood on anything that will be seen by others. If you intend to murder the person in a property owned by you, prepare beforehand. Consider coating the room in plastic wrapping.

If you intend to make a career of murder, you should consider establishing multiple identities, and you must always have a clear escape plan for each location in which you live.

Step 5: Dispose of the corpse[edit]

A simple and easy way to deal with the corpse is to burn it. However, burning rarely destroys all evidence. You should either chemically prepare a fire so that it burns at around 800 degrees celsius, or return to collect the remains for disposal. A remote body of water is an ideal choice. Also dumping the body into the sea is also very effective... just don't be that quick to dump them near the shore. Plan carefully and dump it way out there; international you could say. Tip: cut the body up first. Remove the important organs like fingers, teeth, feet and ears.

This step may be unnecessary if you tend to leave the corpse behind to mislead the police.

The classic lesson of politicians and business leaders alike will serve you well. As well as keeping yourself free from blame, you may intent to frame someone else for the murder. Perhaps this is to aid your evasion of the authorities, or maybe it's linked to your motive for the murder.

In the unlikely event that the police suspect your involvement, the following approaches may be used in order to make you confess:

The police can do nothing about you if you don't have enough evidence. So remember - don't leave any evidence behind.

If you manage to get past Step 6, then I shall congratulate you - you have completed your murder successfully. Now, be calm and stop murdering people for a while, OK?

P.S. - Delete this from your internet history too.