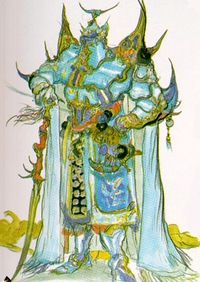 An artist's rendition of the legendary Transformer, ExDeath. The name of the artist is unknown, but he probably wasn't important.

ExDeath is a legendary transformer who, according to Wikipedia, tried to take over the world in Final Fantasy V. Since Wikipedia is on the Axis of Evil-Doers, it is safe to assume that the above text is a lie.

ExDeath used to be Enuo, but over the course of Enuo's life, mistakes were made, and he is now ExDeath. What a guy.

The Birth & Early Years of ExDeath[edit] 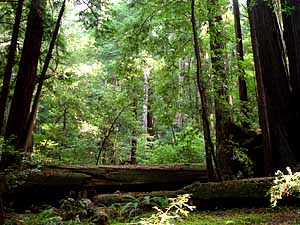 ExDeath was first planted as a seed in the Redwood Forest in 1472, a forest famous for devouring any and all who enter. It is unknown who exactly planted ExDeath, but many have speculated that Martha Stewart is responsible. As centuries rolled by, ExDeath began to grow larger after feeding off of unfortunate travelers and tourists. It is recorded that an entire orphanage of Indian children were also victims of the killer tree.

And the Monster Continued to Grow[edit]

ExDeath can best be described as an eco-terrorist, as he is a tree, he's evil, and he kills people. As of 1972, the current death toll reached well into the 10 trillions and caused widespread panic in the continent of Africa, as they have enough problems without the ravinous redwood. In 1980 a movement began to remove the tree from the forest. All loggers were killed when ExDeath cast Meteor, showing the public that this was no ordinary redwood. 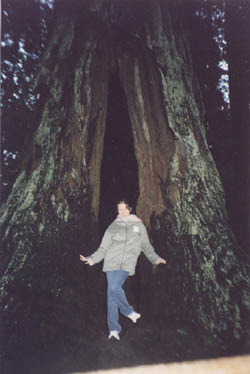 A growing ExDeath, ready to devour an unfortunate victim! Run, you fool! Run!.

In the 1980's a new wave of intergalactic playboys were sweeping across the world. These intergalactic playboys were known as Transformers. While on earth, the Transformers littered the planet with Energon. The Energon was found to give the Decapitation Disease to 12/10ths of the worlds population. It had the reverse effect on trees, and that was how the Ents were born. While an Ent, ExDeath starred in several movies including the Lord of the Rings Trilogy, Lord of the Thongs, and The Lord of the Rings do America.

While starring alongside the famous Albus Dumbledore, ExDeath began to slowly learn in the ways of magic. Later he was trained by Snape, the man responsible for the death of Dumbledore. Soon afterwards he was trained by Emperor Palpatine in the ways of the Dark Side of the Force, hence why he is evil. During all of this time, getting too close to Palpatine slowly caused ExDeath to change as well, into a large and burly blue wizard man thingy. This is assumed that because he didn't know who his planter was, he looked up to Palpatine and wanted to look as ridiculous as he did. As ExDeath delve deeper and deeper into the dark arts, he caused cayhem and mhaos across the globe. Everyone blamed ExDeath for anything bad, good, and unexplainable that happened. This is where the term "A wizard did it" originated.

The Dawn of a Transformer[edit]

Over the years spent as a wizard, it was assumed that ExDeath could not revert back to tree mode. He found out later that he could change back into a tree at will if he managed to channel enough of the energon in him into shapeshifting energy. In order to do so, the energon had to be excited. After exciting enough energy, ExDeath reverted to tree mode and could then duplicate the event at will from then on, allowing him to switch between tree and wizard, and technically this makes him a transformer.

ExDeath now resides in some world in his castle made of stuff. We can only assume he's having a good time, unless some dude, a chick, a chick that looks like a dude, and the grandaughter of some old guy have killed him with the help of Megatron. The old guy was supposedly burned to death by the power or ExDeath's minds.

The other forms of ExDeath[edit]

It should be noted that the other forms of ExDeath are considered class changes by the scientific community.

This is ExDeath's most common form nowadays. He uses this for most appearances and to move around. In this form he resembles a small deformed 8-bit/16-bit hybrid minja.

This form is his chosen Transformer form, which is a tree. Hey, he's one badass tree.

Supposedly, one can see this form if they take a strong dosage of acid. This form is one of two visions,(The other being a lightsaber duel against Grimace from McDonald's), so the odds of actually seeing this form is a -20 to 40% chance. Those who have seen it, such as Oscar Wilde and God, have claimed that this is the most batshit out of all of the transformers. It is assumed that Kitten Huffing will yield the same vision.

This is the guy ExDeath used to be, before he obtained the Dragonballs and wished to become "a badass Transformer, even cooler than Unicron and Soundwave times elevendy." He was a pussy, and the dragon (Martha Stewart) made him into a tree. It's okay. Enuo sucked.

While it is unconfirmed as to whether or not ExDeath is Autobot or Decepticon, the whole idea of him taking control of the Void to erase all life is currently under the allegiance of Emo.