From Uncyclopedia, the content-free encyclopedia
Jump to navigation Jump to search
The following message is brought to you by your dear leader, whom you all surely love very much, if you know what's good for you. 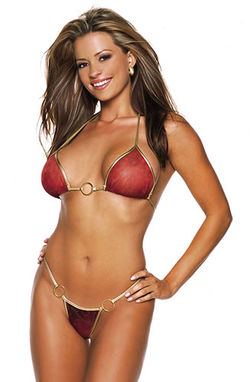 THIS is probably your girlfriend. Can it get much better? Great, isn't it?

Everything has always been great

Later on, America showed up by everyone's mutual consent, and everything was the best yet. The founding fathers courteously agreed on everything without debate. Black people were fine with slavery, and Native Americans just appreciated the attention Andrew Jackson was giving them. Why, the Natives were so grateful to Europeans for discovering them that they even gave the whites all their land, completely consensually and without being annihilated by disease beforehand. After a while, the Indians even got these great reservations where they could make casinos and gamble--exactly what they had always wanted to do! How great for them!

Once the black folks got bored of slavery, they asked nicely for freedom, and the North and South politely agreed with each other's decision to grant them freedom immediately, since everything was so great. Blacks enjoyed segregation just as much as women enjoyed staying at home to cook and being subordinate to their husbands -- a whole gosh-darned lot! Later, these same women changed their minds, and decided that they'd like to vote. Everyone agreed that women could vote now, agreeable chaps that they were. Meanwhile, everyone also agreed that everything was great. How utterly correct they were! 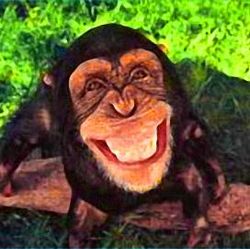 If you aren't at least this happy, you're doing something wrong.

In Europe, meanwhile, everything was great. A few accidents and minor conflicts were resolved peacefully and without any World Wars, especially not the first one. Eventually, everything got so great there that everyone decided they would never fight a war. Not that they knew what a war was in the first place, of course. How could they? They'd never had one. In fact, there isn't even a word for that thing nations do to make each other feel less great. If there is, I sure don't know it. Not that it matters. Instead of thinking about silly things like that, just remember how great everything is. Isn't it easy to see how great things are now that I've told you how great things are?[1]

Everything is great right now

Your life right now is great. The government appreciates your input, none of which you will ever give because the government is already great. How great is great? Pretty great! Just look at your life--your house is in a racially integrated but well-off neighborhood because racial relations are so great. You have no difficulties beginning a small business because the bigger corporations are there to lend a helping hand, being the friendly fellows that they are. Perhaps you know someone who prefers sexual intercourse with members of the same gender. Everything is great for them, too--just ask! In some places, every single gay person greatly enjoys upholding the sanctity of marriage, and same-sex marriage is illegal and it's great. In other areas, every gay man and woman hopes to get married, and they are completely free to do so, without discrimination or hassles caused by bigotry. Discrimination, hassles, and bigotry don't even exist. The world is too great for that.

In the United States, social class is of no importance, because US society is the great leveler. Hear that? The great leveler. Because it's so great. You and everyone else in the whole wide world has more than enough money for everything, especially food and heating. Not only that, but people with less money (who are still in the same class) are completely happy with it! They love being subordinate to the whims of the wealthy. And who doesn't? No one, because that's just another thing that's great.

Everything being great isn't limited to the US, either. Perhaps the reader lives in the UK, or Canada, or Australia, or somewhere else where everything is great.[2] Guess what? Everything is great in those places, too! The poor in Toronto love their social position and see its societal importance, the United Kingdom's bureaucracies are running as smoothly as smoothie smoothness, and Australian aboriginals and other minorities don't at all mind being sworn at and spat on by white nationalists. They think it's great! Good for everyone! 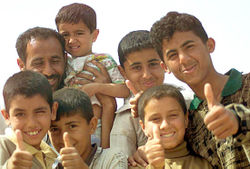 An image of the Middle East, where everything is great.

Everything is great in the Middle East

You know where else everything is great? Here's a hint: It's not Darfur, Vietnam, or China! Well, it is great in those places...in fact, those places are actually extra-great! Extra-extra-great.

At any rate, one place where everything is great is the Middle East. Why is it so great there? Why, because it's not on the brink of being torn apart by civil war or madmen with the title of dictator and the capabilities to produce a nuclear bomb, of course! Especially not Iraq or Iran, since both of those places are so great, and everyone there agrees on everything. That's how great it is.

Everything will always be great

The best thing about everything being great is that everything will always be great. Oil is a great source of energy. We have plenty of it, here, there, and everywhere! Even if it runs out, by that time the research groups that the government (which, did I mention, is great) has not funded will have miraculously produced an alternative. Because oil is so great, global warming will never be a problem. The ice caps will never melt and the coastal cities will never be flooded--they're all far too great for that. The entire planet will always be great!

Stability in all countries and between all countries has been achieved. No more wars can ever occur. The whole world has learned to accept one another, and racism no longer exists. Jails aren't necessary anymore, since everyone's life was so great that criminal behavior has fizzled into nothing. The entire world is a safe, happy, loving, happy, happy, place, and everything is great. 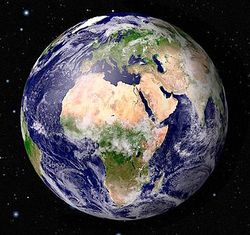 Earth: Noteworthy place where it's great. If you live anywhere near here, your life is great. Oh, you do? Why, lucky you!

And so, always remember: