For the uncouth among us who choose lies, the self-proclaimed experts at Wikipedia have an article about Dinosaur Comics.

It is remarkable for being the first comic to break the color-barrier. While controversial at the time, this landmark comic has helped to shape race relations in the west for decades. 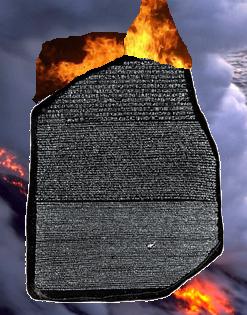 The Qwantz Codex: the true source of Ryan North's superpowers.

Contrary to popular belief, Mr. North is not the original author--Dinosaur Comics is, in fact, Mr. North's translation of the Qwantz Codex, a 365-million-year-old stone tablet found on the moon in 1765. The language of the Qwantz Codex (particularly the abundance of cool words like "Woo!" and "awesome") is so confusing that every attempt at translation has been wildly wrong. Ryan North attempts a new translation every weekday (except when he doesn't feel like it), publishing the result as a new Dinosaur Comics strip.

In the past, and at sometimes in the future, the Qwantz Codex contains scripts of dinosaur movies, subsequently stolen and remade by North, who later "condenses" them in his comic. Sometimes, North simply writes about his own secret fantasies.

Each strip is accomanied by Ryan North's brilliant artistic interpretation of the story. Some people, however criticize the art, claiming that each strip is the same art with the dialogue changed; these people are clearly insane. In over 1000 comics, Mr. North has yet to ever reuse a joke or punchline (well, except for comics 1183 and 2112).

Dromi and THF: The world needs heroes. These! Are! Our! Heroes!

The setting of Dinosaur Comics is a post-apocalyptic dystopia, in which war, disease, and environmental disaster have reduced nearly everything to a white, featureless plain. The main characters are Dromi (or Dromiceomeocemeimimiceimomius for short), an herbivorous female dinosaur, and her best friend THF (or Tiny Human Female, as Dromi affectionately calls her).

By day, Dromi and THF attend school, discuss feelings, and engage in deep, serious debates about philosophy, science, and semantics. By night, Dromi and THF use their superpowers to save what's left of the world from zombies and robots. Plots frequently involve time travel and alternate universes.

Dromi and THF live in a small log cabin. A society of raccoons and cephalopods beatniks live next door; their poetry slams and jam sessions frequently keep the girls awake late at night.

The Devil is one of the most frequently appearing villains. He is obsessed with macramé and talk about little else. There has been a rumor that Ryan North is a big macramé enthusiast, and that he has based the Devil on himself. But Ryan denies this, saying he only does a little macramé on the weekends. The Devil is never seen, only heard, and only by Dromi and THF. He mostly appears in times of great danger when he taunts the girls (And ask them for macramé tips.). Fans of the comic long speculated that the Devil was not real, but a delusion the heroines shared. This changed after the Armageddon saga. The Armageddon saga is the longest running story arch in Dinosaur Comics to date. It starts with the Devil convincing Dromi and THF that it is useless to go on fighting and that they should devote their lives to hedonism (and macramé). He then seduces them. The girls later regrets their new lifestyle, but too late: The Devil has impregnated them both. The comics actually chronicled the pregnancies for nine months, followed by a year of comics in which the sons of Dromi and THF fights over who would be the true antichrist.

T. Rex and Utahraptor are occasionally-appearing minor characters who alleviate the serious tone of Dinosaur Comics. Utahraptor is the token gay character; his only funtions within the comic is to set up jokes about homosexuals. T. Rex is the stereotypical "wacky" character; his trademarks are empty threats of stompings and the catchphrase "Pooty pooty!" Due to their popularity, Ryan North considered creating a spin-off series starring T. Rex and Utahraptor; he scrapped the idea when he realized that those two could not carry an entire story on their own.

Dinosaur Comics has few characters, so most of those who make appearances are very important to the story line, though there exist some exceptions. The exceptions are like VUPs, or Very UNimportant Persons, rather than VIPs. VUPs from the comic frequently show up on Uncyclopedia as UNusers and other UNrelated users. 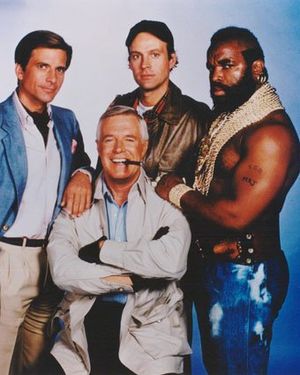 Dromi: One of the two lead characters, Dromi is often sidetracked from her main quest of saving the world by T-Rex, who frequently needs inoculations of a unique medication for his delusions of grandeur. She also serves to counterpoint the inherent silliness of T-Rex's sporadic outbursts with her extremely calm demeanor, even in the face of extreme danger. Dromi might suffer from night-terrors, but this is just speculation on T-Rex's part.

THF: or "Tiny Human Female," is not actually tiny, human, or female. In fact, she is an alter-ego of Utahraptor, who is large, not human, and gay. This prospect has been debated, but such dabates often stem from misunderstandings in the nature of Dissociative Identities Disorder, and the fact that THF and Utahraptor are one and the same is further evidenced by the fact that neither ever appear in the same comic panel.

Morris: Morris is a small bug that lives in Dromi and THF's log cabin. Regardless of how often the two see Morris, his presence never fails to surprise the pair. Morris has read every interesting book in history, and has a library of information in his head. This great wealth of knowledge is frequently tapped in Dromi and THF's philosophical debates, often when one of the two makes an incorrect assumption or statement about the history of philosophy.

Morris once beat Chuck Norris in a reproduction competition. Morris fertilized a record 40,000 eggs in one hour, with Chuck coming in a close second with 38,500 eggs.

Utahraptor: Utahraptor is a raptor who lives in Utah. He only appears on days when Stong Bad needs a stand-in. He is a sufferer of Dissociative Identities Disorder, and his alternate personality is some unimportant girl. Utahraptor is probably some sort of Gay, but this is unverified, though he says this himself.

T-Rex: A sufferer of the rare mental affliction- Delusions of Grandeur, T-Rex often believes that he is, in fact, the main character of Dinosaur Comics. In fact, T-Rex is merely comic relief in an otherwise serious dramatic comic which deals with complex philosophical and scientific concepts. T-Rex is most frequently seen carrying on the logical progression of what he believes to be the main storyline, which is the main source of humor in the comic. These storylines mostly deal with T-Rex's sexual encounters and meat parties. 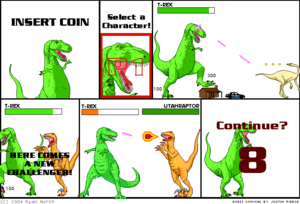 There is no set format; Ryan North adapts the art style to the plot of the comic. Some of the styles that North has used to tell the story of Dinosaur Comics include:

Only time will tell what style Ryan North will use next...

According to renowed secrets expert Dan Brown, Ryan North is secretly working with the illuminati/aliens/area 51/catholicism/Judaism/Well known secret society to cover up Aliens/Black Jesus/Batman/Batboy/Gay Marriage. While Ryan North could not be reached for comment, his undead servents claim these are baseless attacks and that Dan Brown is an idiot.

Each Dinosaur Comic contains 17 secret messages. The ways to find these messages is mostly unknown, but here are some: