From Uncyclopedia, the content-free encyclopedia
(Redirected from Daft Punk)
Jump to navigation Jump to search 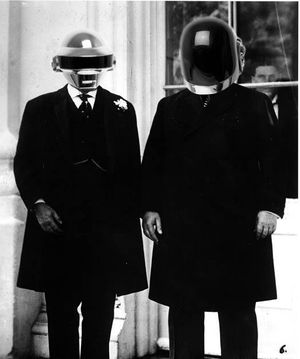 Taft Punk was a groundbreaking supergroup formed by former American presidents and progressive rock music pioneers William Howard Taft and Theodore "The Tedster" Roosevelt. The group produced only one album, Industry, under the official record label of the Republican Party. However, Industry was so successful that it sold over six million albums, is considered one of the most influential albums by any music group to date, and inspired a two hundred page rant on the economic and social fallacies of rocking out too hard, by Upton Sinclair.

Roosevelt and Taft had known each other for many years within the Republican Party, and had developed a strong friendship with one another. This friendship reached a high point when Roosevelt endorsed Taft to be his successor in the 1908 Democratic National Convention; however, neither had the time to venture into the seedy world of rock music, for they were too busy worrying about getting elected, and such. Once the election was secured and Taft was successfully greased through the White House door, Roosevelt discovered that when one spends so much time actually getting things done as a president, life afterwards is a dreadful bore. Naturally, after he successfully poached enough gazelles in Mozambique to fill a dozen cathedral sized trophy rooms, he took up playing guitar.

Meanwhile, on Pennsylvania Avenue, Taft kept contact with his pen pal the Tedster through weekly telegraph correspondences held between bill signing and binge banqueting. On one Sunday afternoon, the brilliant idea dawned on Taft that both he could reinvigorate the bored Roosevelt while simultaneously getting his presidential reforms done: they would start a rock band. It wouldn't just be any rock band, though, it would double as a megaphone in which Taft, a notoriously bad speech giver, could deliver his messages... through the power of rock!

Roosevelt found the idea to be a novel one, picked up camp in Mozambique, and took the first steamship back to the States. Taft believed that this band didn't have to be any different from the other rock bands at the time, such as Jacob Riis's Picture Perfect and Coolidge and the Cucumbers. To fulfill this purpose, he had a crudely built garage erected in the rear of the White House for the sole purpose of "realistically mundane jam sessions." This garage, along with Taft's personal recliner humidor, was later paved over to make a tennis court. 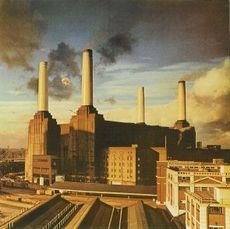 The presidential duo worked around Washington D.C. for a while, playing the classics to lobbyists and 13 year old Jewish boys with reform speeches as intros and extros. After a while they discovered that the 13 year old boys would fall asleep from the intros and miss the music, and the lobbyists would fall asleep from the music and miss the closing speeches. Something needed to be changed, so they pooled their resources and released their debut album Industry.

The album was a smashing success. The debut music video for "Progressivism Rules the Nation" featured Taft in a wolf mask wandering about an downtown neighborhood while carrying a broken gramophone. The video's final scene portrayed Taft as unable to follow a pretty young woman onto a bus because of a sign in the vehicle's window that read "Maximum weight capacity per person, two tons." Young Americans loved the message of insomniac, Taxi-Driver-esque[1] malaise that the video attempted to convey, and contributed greatly to the album's early success. Music critic Charles Buttersmoke praised it for its upbeat rhythms and developed commentary. "Not only did it made me want to get up and dance, it made me want to get up and vote, too!"

Industry went on to go double platinum, selling over two million gramophone records in its first year of circulation. Sales were expected to go even higher, but they abruptly cut off, ironically, due to a massive strike in the music recording industry.

* indicates songs written by Roosevelt at the expense of Taft's girth. The editors of this article ask that you please forgive his sophomoric humor. Thank you. 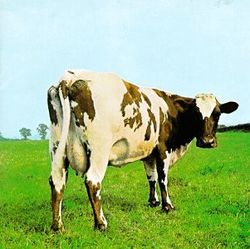 The cover of Bull Moose After All combined the effectiveness of non sequitur and jesting analogies towards Taft's physical stature to win 27 percent of the 1912 record sales.

Tensions grew between Taft and Roosevelt in 1912 when the latter would miss band practices en masse in favor of going quail hunting on top of Mt. Everest. These changes came on the heels of the latest assassination attempt on Roosevelt, and Roosevelt's defense was that he was only completing his personal "bucket list" before he died. Taft was understandably annoyed, but historians find that this annoyance was somewhat unfounded, as Taft knew full well that at any given moment Roosevelt could be slain by any sort of exotic artificial[2] or natural[3] mechanism.

Taft got fed up of Roosevelt's extremely risky behavior and wanted to take Taft Punk in a soft rock direction. A large portion of Taft Punk's Republican fan base was shocked by this maneuver, as soft rock was something the weak-willed Democrats always enjoyed more. This change of face caused Taft Punk to split in half, with Roosevelt starting a new solo career. Half of the Republican party soon followed Roosevelt, with over 150,000 people removing their subscriptions to Taft Punk's MySpace page in a single weekend.

As the Grammys of 1912 drew nearer, the Liquid Teddy Experiment rushed to release its first magnum opus Bull Moose After All, an emotional power ballad emphasizing the importance of leather shoes and three hundred dollar cashier's checks, and how voters will get those if they voted for Teddy. It was a formula for success, and it easily triumphed over Taft Punk's remix of "Stronger, Safer, Lower, Shorter," a poorly mixed song clip with some black guy's voice dubbed over it for three minutes.

Nevertheless, the Republican fanbase was still split like the short-sighted numbnuts they were, and Woodrow Wilson's up-and-coming blues-oriented progressive rock band The Black 'Drows won the Grammy for Best New Artist in a landslide 435 to 88 to 8.

Taft Punk's music was defined by its synthesis of social commentary and repetitious rhythms. Its lyrics were no different. Consider this sample from Progressivism Rules the Nation:

Their biggest hit single, Tubnologic clocked in only at 8 seconds long and had lyrics with only 10 words. Though listeners were quite confused the first time they heard it, they came to realize that the song was not hilariously awful, just "groundbreaking," and it was met with widespread acclaim. The following is an excerpt from the whole song:

Buy it
Use it
Break it
Buy a bigger one

Though these simple words have been open to interpretation for over a century, most lyrical analysts have supported the theory that the "it" being referred to in the song is, in fact, Taft's bathtub. The tragic hero goes on an adventure in this tiny rock opera, first being bought by Taft, then broken, then replaced by a bigger bathtub. Though the ending is quite depressing for the young tub, the listener does not feel much sympathy, as the 8 seconds do not allow for much character development.

Featured Article  (read another featured article)
Featured version: 30 July 2008
This article has been featured on the front page. — You can nominate your favourite articles at Uncyclopedia:VFH.