A Chungus (Plural: Chungi) is an oversized version of the average rabbit. Commonly found in North America, Chungi like to gorge on all of the fast food found in North America. Chungi often put fast food restaurants out of business because of the amount they eat. An example of a Chungus is the cousin of Bugs Bunny, Gargantuan Garry, nicknamed Big Chungus. He is fifty times heavier then your average rabbit and the Chungus disease is named after him. He puts at least one hundred fast food restaurants out of business an hour, so he has to constantly move, which leads to his inconvenience because he is so fat and can’t walk or fit in a cargo plane, let alone a cargo truck, highway, or a large camper. He just won’t fit(just so you know, even if you manage to put him on a cargo ship, then it will sink). A Chungus is also a person that looks like a huge dumpling. Your average Chungus stuffs their face with about one tenth of an elephant a day.

So, basically these overly obese rabbits stick a loooooooooooooonnnnnnnng carrot up into their ass (and yes, it has to go in the ass) and the carrot will touch their reproductive organ. Then, the organ flashes as a baby Chungus forms. (Note that all genders of chungus can do this.) But that’s not all. They also can stick many other vegetables up into their ass such as potatoes, tomatoes, and eggplants but they will produce a random animal from a different species. If multiple different vegetables are stuffed in, the effects are unknown as they haven’t been tested. Once used for reproduction, a vegetable will be drained of the nutrients within it and cannot be used again or eaten.

Chungi eat mostly fast food from McDonalds, Wendy’s, and Burger King. They also eat roughly 70 pounds of chips per week, so 10 pounds per day. On very very rare occasions, if a Chungus is force fed something “healthy”, they may start to excrete a liquid combination of gold, platinum, and silver from where we will not mention that is highly valuable and wanted by all that see it. If one is to see an ounce or more of this liquid, they will have the strong desire to buy it and stab yourself in the crotch three times.

The Chongus is a person with the Chungus disease, but the disease has progressed to critical stages. Now, the person is 4 times heavier than a Chungus, and they have lost most of their ability to walk. They now need to stick vegetables in their penis in order to reproduce and they eat roughly 300 pounds of food and 120 pounds of chips per day. They are so large that they can survive off of their own fat for 2 months. If a Chongus’s condition evolves even more, then they will become a Changus and die after a few days from obesity. The largest Changus on record is 6,820 pounds, but prehistoric fossils of Changus show that they could evolve even more into even larger beings.

Daily Life Of A Chungus[edit]

Hopefully you didn’t do any of those steps. But if you did (and I’m guessing you did), then collect two time stones from Dr. Strange and Thanos, then reverse time until you don’t have a dick attached to your urine disposal hole or until you are male again. 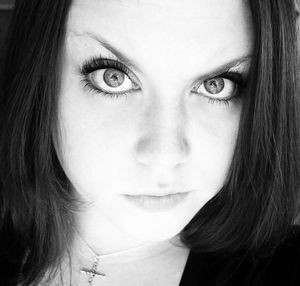 Why are you still reading? You want more?❤️

STRENGTH IN NUMBERS (Not really though) - Gargantuan Garry