In Soviet Russia, America Burns YOU!

Antifa is a highly organized and hierarchical fascist terrorist organization who wants to turn America into a fascist Islamist communist liberal Third World globalist Zionist post-apocalyptic Venezuela hellscape because reasons. Despite being communists, they are entirely funded by billionaires like George Soros to throw bricks through Starbucks windows as part of George Soros' master plan to overthrow capitalism and have himself guillotined. They are responsible for millions of deaths, and are responsible for the 2021 Capitol insurrection, where they dressed up as Trump supporters to make Trump supporters look like unhinged extremists and attempted to overturn the election that their most favorite politician, Premier Joe Biden, had already legally stolen.

The group has been criticized by many for being. Respected critics on Twitter argue the group's willingness to use violence against fascists means the group is itself fascist because only fascists use violence. Since 2016 the group has met daily on the Internet to plan the assassination of Ben Shapiro's career with milkshakes, which are like Molotov cocktails except much more delicious.

Antifa is one of the branches of Project: RED AMERICA created by Hillary Clinton and Barack Obama where they will transform human trash into Ninjas Enforcing the Red ideology of Leon Trotsky and Vladimir Lenin onto America. In order to disguise it they labeled them as "Anti-Fascist Fighters" which is known as "Antifa". They recruit the most hot blooded street punks and remove all of their EQ and IQ and don them with ninja clothes, then educate them with government propaganda. Finally, they unleash them to riot on the streets like hounds when big things come. It has absolutely no relation to fighting Facism but is more like a group of violent monkeys/hounds ready to be unleashed in hell by Satan.

There is no difference between this.... 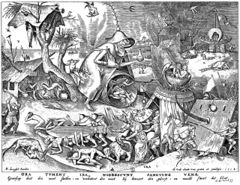 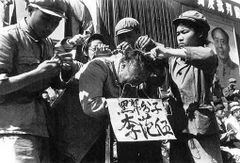 Coming soon to a neighbour near you.

The Antifa Terrorist organization is created during the Bolshevik Revolution era and returned when Donald Trump was elected as Project: RED AMERICA was started as a ploy to take full control over the formerly free Jewnited States of America. Since the big government believes that the way of recruiting of Antifa members were not ferocious enough, they decided to use the state of the art propaganda techniques to turn Antifa into zombie ninjas who only serve big government against Donald Trump and the rest of America. Starting from this point on, their first operation is to unleash chaos onto DC when Donald Trump is elected, a day before The Gathering of Whores. The operation was a success and the mainstream media are painting them as heroes, and they will save America from Trump. In reality, they have no more intelligence than a dog with Rabies and they are unleashed en masse and enhanced using Universities, which call themselves "Universities" but are actually Antifa Training Facilities waiting to turn street punks into rabid dogs.

Since then they also attacked Milo Yiannopoulos by burning trees while donning ninja suits, while barking "No Trump, No KKK, No Fascist USA!" On Milo and unleashed riots in Portland and nobody dares shoot them. TIP: Do what you do against a pack of rabid hounds when facing Antifa.

In July the government also set up "Alt Right" leaders which were donning Nazi-Klanner clown suits in Charlottesville, in which one supported Obama, and instructed Antifa to fight with them. If i were in this protest i would run away, because i'm surely a target for human sacrifice. But the hot blooded are here to stay and so a mind controlled stooge ran a car and killed an innocent girl and killed several more and they claim it's the nazi-klanners (All patriots are automatically nazis at this moment) but the truth is the whole thing is a government show involving the sacrifice of the dumbest and the most hot blooded patriots.

As the sin of Pride, Sloth, Gluttony, Lust, Wrath, Greed and Envy hits America further, The Antifa begin to involve all schools as training barracks and apparently everyone is on it because if you don't the government will wreck you. Google will censor your mother if you talk anything about bad about Antifa in their search engine. Time to use Duckduckgo.

Finally, in November, 4, 2017 the final revolution is about to begin for the end of America. Stay tuned!

How to spot an antifa[edit]

Next time your protest crowd sees antifa, prepare to bring in AK-47 rifles and machineguns and pick them off one by one. This is why the big government wants your guns; So when Antifa goes into your house and starts pillaging it you cannot resist. Or you can just avoid all areas where antifa is starting protests at although it can be anywhere and near you. Then if the media calls it fake news, go to conspiracy forums and tell the truth.

Don't troll them; They have an IQ so low that they cannot be trolled. Totally truth.