This article is about the television comedy. For the scientific theory, see Big Bang. For other uses, see Your mom.

For those without comedic tastes, the so-called experts at Wikipedia have an article about The Big Bang Theory (TV Series).

“We are all in the gutter, but some of us are looking at the stars.”

“I am thrice homeless: In my observatory, on the road holding a floppy disk, and in a flaming wreck. Always a composer, never an astronomer.” 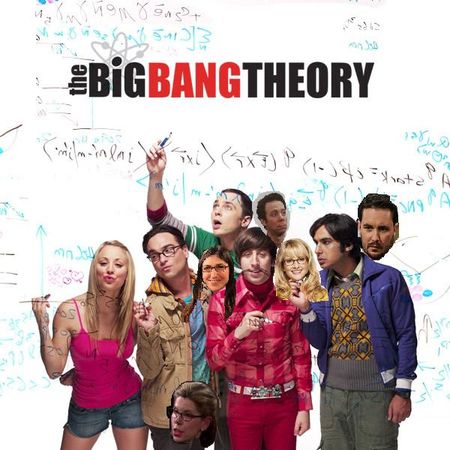 Smells like burning batteries with a hint of vanilla

The Big Bang Theory is an American television comedy series about nerds and the woman they built. The show is based on the 1787 treatise "Das Theorie der Bigus Bangus Boom" by Heinrich Henckel Poofterberg, a German scientist. In it, he speculated that there would come a time when the brain's higher functions would be set aside for television. The treatise contained detailed specifications, drawings, and schematic diagrams for said television. Unfortunately, this work was lost, along with many of his hit songs.

On a few occasions, The Big Bang Theory has been accused of not being a comedy series, but actually a drama series in disguise. While it is unclear who is making these accusations, most evidence points to the whole thing being a conspiracy theory perpetuated by Alec Baldwin. The Big Bang Theory continues to be endorsed by everyone from the German Pope to the Space Cowboy. 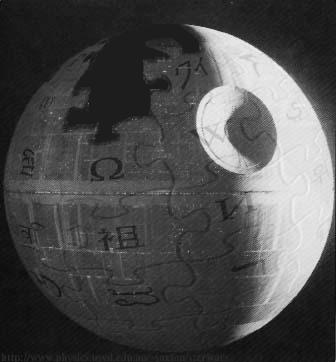 The Earth as seen from space. 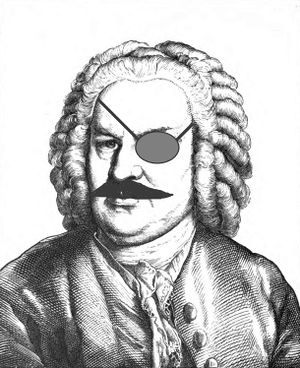 In 1913, Jerold "Pinhead" Carpentier, the founder of the Amalgamated Scriptwriters and Bass Gutting Union, acquired some of Poofterberg's letters. In one letter, Poofterberg seems to outline the first episode of the series. Carpentier did not understand what he was reading, however, and the series would have to wait 70 years more.

In 1964, a rough draft of Episode 1 from Season 1 was left at the landing site in Arizona where policeman Lonnie Zamora said he saw a UFO. Other than the script, there was no physical evidence of a craft, except for burning bushes, ground imprints, fused sand, several eyewitness accounts, two home 35mm movies, an official government color reel, and a signed selfie photograph which includes two aliens and the policeman giving a thumbs up.

In 1967, the rough draft was acquired by Mr. Carpentier, who was going through trash bins on the Paramount Studios lot. He did not understand this document, and threw it back in.

In 2007, the late Mr. Carpentier's son Jacques received the rough draft which was sent by Viacom. Apparently the elder Carpentier scribbled his son's address on the title page of the draft in an attempt to remember it. Jacques Carpentier promptly wrote "RETURN TO SENDER" on the envelope and dropped it off at the post office. Until 2017, he managed a burger restaurant in Quebec. He was spotted again in 2018 searching dumpsters in Rumford, Maine. His current whereabouts are unknown.

In 2019, CBS ordered three more seasons of 'The Big Bang Theory' over the objections of the crew, the actors, the studio, the fans, and the leadership and shareholders of Warner Bros Television. The order was returned with an RMA number when Sumner Redstone intervened, telling shareholders that he would have preferred the network aired his biopic instead. "The Sumner Redstone Story", now slated to air for one season on CBS in the BBT time slot, chronicles the life of Redstone, from his early days as a carnie, to his daring exploits as a helicopter pilot in World War II. The network has not stated who will play Redstone in the series, but sources close to National Amusements say that Norm MacDonald is favored for the role of the elder Redstone, while Rob Schneider will play the young Sumner.
UPDATE: The Sumner Redstone Story was cancelled to make room for the return of The Big Bang Theory, already in progress 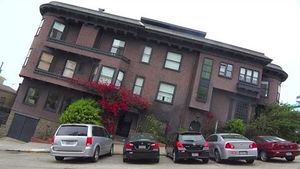 Lorre and Prady were well known at this San Francisco Flop House.

In 2003, Chuck Lorre and Bill Prady, who were roommates at a San Francisco flop house, began work on the un-aired pilot for the Big Bang Theory. The script was deemed a failure by the men, who promptly tossed it into the trash. Jacques Carpentier happened upon the trash can where the script lay and immediately took it to the nearest studio. Filming began at once. Johnny Galecki, Jim Parsons, and Amanda Walsh were chosen by random drawing to play the characters. Chuck Lorre eventually found out about the production and instructed his lawyers to issue a cease and desist order. Filming was halted on July 9, 2004 as the parties argued the matter in court. The judge ruled in the plaintiff's favor, and the series was cancelled until Chuck Lorre Productions could effect a hostile takeover.

On October 18, 2004, Circuit Court Judge Wally Whackadoodle declared Chuck Lorre Productions to be the owner of the series. Lorre and Prady were soon offered a lucrative systems integration deal by the studio to produce a new Big Bang Theory pilot. The hapless Amanda Walsh was dumped overboard in favor of Kaley Cuoco, who had just finished filming "Star Wars: Legacy Smackdown" for 22nd Century Fox. Also brought into the project were James Burrows, who expressed a desire not to be associated with the show in any way, Simon Helberg, a former restaurant owner, and Kunal Nayyar, a cab driver from New York, who was hired on the spot to appear in the show after dropping off Helberg at his audition. 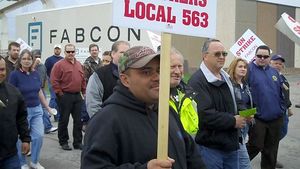 Members of the Spacing Guild protesting the existence of the show.

Production commenced immediately in 2007 when it was halted due to the Spacing Guild's strike of 2007. The Guild maintained that it was on strike because The Big Bang Theory was being produced, in violation of the norms of human decency and morality. The writers were overruled by the powers that be, and in 2008 production restarted. Small furry animals were sacrificed, and cities were laid waste before the production crew.

The show premiered on September 24, 2007. Public reaction to the first episode ranged from mild intestinal discomfort and mishegoss to full blown paranoid psychosis. Schizoid embolisms were frequently seen but not heard. Approximately 2.8 million viewers (exactly) were hospitalized in the ensuing chaos which caused an estimated $1 trillion in damage to infrastructure and the ecosystem. Police squads across the country were unable to deal with the workload and decided to go home for the day. By the following week all rioting had died down as people began to actually watch the show. There were scattered clashes between pro and anti-Sheldon forces, but these clashes were limited to flailing hand fights causing no serious injury.

The series was halted after episode 24x1021 (The Quantum Sassafras)[1]. According to sources, the show could not go on due to the collision of the earth and the moon. The writers suggested that the production be moved out of the system, but Chuck Lorre's program decided to stay put in the old Peruvian studio where The Big Bang Theory had been filmed. Live studio audiences had not been used for centuries, and Lorre's plan was to resurrect some live audience members to fill the studio. The plan fell through when the sun consumed the earth.

According to UnNews, The Big Bang Theory has been renewed. These rumors have been proven false, however, thanks to the courageous efforts of the site admins. Thus the proposed Season 13 was canceled, putting the lie to the UnNews article mentioned above. That said, filming for Seasons 14 through 1,000,000,000,000,000,000,000 proceeds on schedule and on budget. In lieu of Season 13, Season 14 will air in the fall of 2019 due to the crippling triskaidekaphobia that afflicts Chuck Lorre and most of the actors and crew.

One of the vanity cards that were found spliced to the film. The FBI still has no leads.

At the end of each show, a hastily written vanity card appears. According to Chuck Lorre, the creator and Executive Producer of the show, these vanity cards are not part of the film footage, and appear only when the episode airs. In 2009 the studio enlisted the aid of the FBI crime lab to find out how the vanity card footage gets spliced to the end of the show, but they could find no mechanism by which this was achieved. Chuck Lorre Productions had previously offered a $5,000 reward for information leading to the perpetrator of the vanity cards, but as of January 2017 the offer was withdrawn. Over 230 vanity cards were mysteriously spliced into the BBT footage by the mysterious perpetrator, the content of which varies from grocery lists, medical bills, and IOUs to casino bookies, to long and drawn out missives about mysterious vanity cards appearing seemingly out of nowhere. Forensic examination did find traces of coal dust on some of the vanity cards, but this may be due to the day work of most of the crew.

The Science of The Big Bang Theory[edit]

The producers of the show felt it necessary to hire actual scientists as consultants to the show. Many of the theories used in the first 5x1018 episodes were developed in Dexter's Laboratory by the Russian government. Due to sanctions, this work was stopped and other scientists were hired to consult. The Norwegian scientist Bill Nye stepped in to rescue the production in 2008. Unfortunately his efforts were in vain as the show ended without so much as an episode 300 and a how-do-you-do. But, as mentioned earlier, seasons 14 and above are on track and on budget, honest. 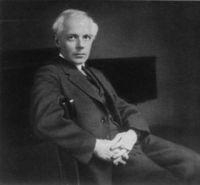 Many of the show's more outlandish and unused theories were provided by Dr. Húgó Prótón, a Hungarian physicist who was hired to consult for the show. Prótón's body of work includes calculating the path of a spacial point, which led to the Quantum Banana Velcro theory. Before his death, Prótón theorized that spacial points existed before matter, energy, time, or space. These were points of space between which were areas of non-existence. These teeny, tiny points, having nothing better to do, traced banana-like shapes in the nothingness at speeds approaching infinity because the speed of light had not been established yet by the government[2]. Groups of spacial points eventually formed, each existing on a 2D brane. When 2D branes made up of banana-shaped spacial points came in contact with each other, the quantum spacial point bananas would hook onto each other like Velcro due to their shape. Prótón further imagined that ripping two or more Velcroed branes caused a release of banana peel, which he theorized was the first energy. This theory so consumed Prótón that his head exploded[3] before filming could commence in 2007, so the producers recruited Bób Néwhárt to play him. Prótón was cremated and his ashes spread across a banana plantation in accordance with his will. Ironically, his favorite fruit was strawberries, and his favorite color was blue. 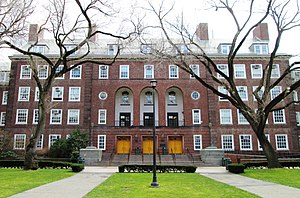 This was the college of higher learnings that was featured in the show. Filmed at the famed Calvin Coolidge Technical College at Hoople (or Caltech as students inaccurately call it), the series offers a peek into courses of study at the college. Certain episodes are still being used to recruit prospective students. The Laser Lab, the Cafeteria with four tables but with an amazing assortment of food, the Rock Lab, the Biology Studio, these are all selling points for talented students from across the country. Due to the popularity of the Big Bang Theory, the waiting list to get into the school stretches clear around the block.

This was the hypnotic trance song that Sheldon used to lull his victims to sleep. A controversy arose over the lyrics to the song, but it was settled before filming began for the episode in which the song debuted. The original lyrics,

contained a last line that was replaced by a more strident one referring to the warning noise that predators make before pouncing on their victims.

The Periodic Table of the Elements[edit]