From Uncyclopedia, the content-free encyclopedia
Jump to navigation Jump to search
UnNews:CBS renews 'The Big Bang Theory' for 1021 more seasons 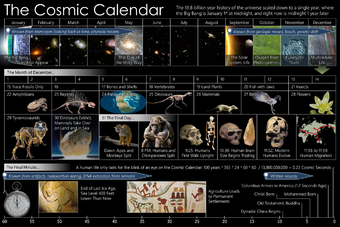 A diagram of how long the 12 seasons of The Big Bang Theory have felt.

Wrapping up its 12th season with 279 episodes under the belt, the worldwide hit comedy series The Big Bang Theory is the longest running multi-camera sitcom in television history. It was planned that the 12th season would be the final season, as lead actor Jim Parsons, who plays the breakout character Sheldon Cooper, wanted to leave to pursue other projects. Unfortunately, this thing is bigger than any of us, and CBS wasn't willing so easily to give up its spherical cash cow. Therefore, a deal was struck that the series would be renewed for 1021, or a sextillion, more seasons - the amount of time cosmologists believe it will take for the stars in the universe to die out, leaving nothing but black holes, brown dwarfs and canned laughter.

Only one man could pull off such a staggering feat of television ascendancy beyond all reason, decency and cosmic fairness, and that man is series creator Chuck Lorre. "It was super easy, barely an inconvenience," he explained. "I already sold my soul to the Devil a long time ago in exchange for unfathomable success in sitcoms. All I had to do was meet up with the Prince of Darkness for a little contractual renegotiation, and boom, all the Big Bang Theory cast members are bound in their own personal Purgatory for countless eons."

It should be noted that this isn't the first time Lucifer has been involved in the production of The Big Bang Theory. He regularly opens the gates of Hell during taping for the wails of the damned that make up the show's infamous ghostly audience laughter.

While Lorre has the unholy supernatural element of the deal covered, we turn to co-creator Bill Prady to give the scientific details on how a show can keep going with a cast of biological mortals who are all destined to eventually die. 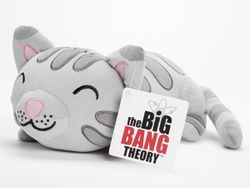 Fans of The Big Bang Theory have likened it to Schrödinger's cat, in that the writing ran out of steam season ago, leaving the show superimposed in a state of being both alive and dead.

"We're kind of banking on the Singularity to kick in at some point in the next 50 years, wherein mankind will be able to merge with technology. Whatever form of television exists post-Singularity will probably be much easier to produce and stream at that point. We'll just upload the minds of the actors into the Cloud and there's your situation comedy. I'm sure we'll be able to write some cute story out of it. Like maybe Sheldon is annoyed with having to share consciousness with Howard, and Amy has to talk him into it. If this whole 'Singularity' thing turns out to be a crock and doesn't happen, Plan B is to just drop the actors' disembodied heads in liquid jars, Futurama style."

With the show proceeding into the distant future, the iconic opening theme will also have to be periodically updated. Just like the cast, the Barenaked Ladies are contracted to be kept around to continually update the theme song, A History of Everything, to include new far future events that will occur in the total history of the human race and beyond. Furthermore, with too many years to cover, the opening timeline crawl will be replaced with a Cosmic Calendar, as featured in Carl Sagan's Cosmos.

Meanwhile, the longevity of the spin-off series Young Sheldon, like its protagonist, will be shorter yet equally annoying. It has also been renewed for at least 17 more seasons, so that it will eventually catch up to Sheldon's own timeline and just morph into a single camera remake of The Big Bang Theory. If this scheme is proven successful, then it'll be renewed for many more seasons until the 17 year difference between both shows is moot and CBS is just airing two Big Bang Theories in one night. However, such an immense amount of sucking could unravel the very fabric of reality, thus confirming the Big Rip hypothesis for the ultimate fate of the universe. Chuch Lorre has promised that if the consequence of his greed will be the complete destruction of existence, they'll try to schedule it for sweeps. 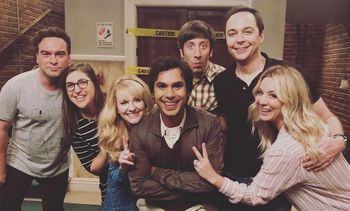 All jokes aside, thank you. ~ Kippy