From Uncyclopedia, the content-free encyclopedia
(Redirected from Anti-humor)
Jump to navigation Jump to search 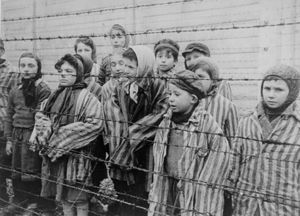 This is worse than finding a worm in your apple.

Anti-humour (American: Anti-humor; Chinese: 反幽默) is the opposite of humour. Basically, it's a term used either to describe jokes that aren't funny or jokes that sadistic people find humorous. The Holocaust. That was an example of anti-humour. Notice the absence of laughter? The eight-year old Ethiopian girl didn't. Why? Because she died from lung cancer, that's why.

Speaker 1: What do you get when you cross a muffin and chocolate chips?
Speaker 2: What?
Speaker 1: I murdered your family.

Speaker 1: Why did the chicken cross the road?
Speaker 2: Why?
Speaker 1: Every member of your immediate, nuclear, and extended family simultaneously contracted Chronic Obstructive Pulmonary Disease (COPD) while being beaten, maimed, raped, tortured, and molested by a deranged serial killer during the sinking of the Titanic, eventually bleeding to death and allowing child rapists to eat their dead bodies. 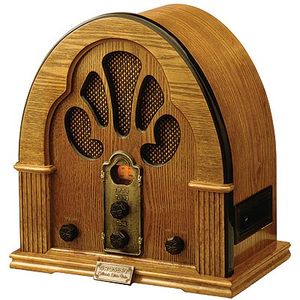 Anti-humour jokes that do not discuss murder or rape do exist, though they are even less funny than their violent counterparts. Non-violent anti-humour jokes, abbreviated as ABCD (that was anti-humour, right there) rely mainly on telling long-winded stories containing no punchlines, with the intent of wasting the audience's time and thus creating humour out of their misery. A common example includes the shaggy dog story, the most popular being as follows:

Oftentimes, the joke teller will immediately commit suicide after telling a shaggy dog story, making the joke even more anti-humorous. This also will create a somewhat ironic feeling, with the irony being derived from the fact that no irony was present to begin with, a very ironic concept.

Another example of a non-violent anti-humour joke is the classic "No soap radio," a joke in which the punchline is simply, "No soap radio," regardless of the setup. This joke originated in the 1940s, and was told as follows:

Two radios are sitting in a bathtub. The first one says, "Pass the soap." The second one says, "No soap, radio!"

The punchline here is not only that the radios are taking a bath but that there is no soap, thus making the bath futile. However, as the joke became more and more popular, the radios began to be replaced by animals, including polar bears and penguins, and the punchline became illogical, thus transforming the joke into anti-humour. Other adaptions of the joke have even eliminated the bathtub from the story and replaced it with taverns, airplanes, and even a regular old street.

Similar to "No soap radio," nonsense jokes are jokes in which neither the punchline nor the setup contains logical or cohesive sentences. It has been said that the first nonsense joke was told when twelve bananas swept the ocean clean. Perhaps, the joke originated from dancing jesters and a Merry New Year to you! Nonetheless, nonsense jokes quickly gained popularity after soup broke the computer by voting for McKinley. Ice cream has no bones.

For those without comedic tastes, the self-proclaimed experts at Wikipedia have an article about Anti-humour.

Anti-anti-humour is the opposite of anti-humour, in which a listener expects a humorless answer but instead is given a witty punchline. An example is: