You may be looking for American Pi and not even know it!

"American Pie" is an epic poem, written by American bard Don McLean. It became very popular in the 1970s when it was controversially adapted into one of the longest songs ever written. The song, as it was released, seems to tell the story of a man contemplating his life after the tragic auto-gyro accident that killed Buddy Holly, Ritchie Valens and the Big Bopper. This interpretation is contentious, however, and the actual meaning of the lyrics is still hotly debated by enthusiasts.

After reading Homer's Odyssey in middle school, the young Don McLean decided to drop out of school and become like a bard of old. He learned to play the lyre and then promptly became illiterate through acute intoxication, head trauma and watching primetime television. He traveled the American countryside, strumming his lyre and telling his bard's tales to the delight of very few.

Because hippies will listen to anything, McLean started gaining popularity in the late 1960s at colleges and folk festivals. While particular high on acid, one hippie, Clarence Shinkle, decided to sign Don McLean to a record label he set up with his trust fund. Now with a record contract, Don McLean began to compose his epic. The resulting epic was 20,000 lines of verse in 14 books that seems to borrow heavily from the Odyssey. The story follows a young man who wakes up in a haze after Woodstock and must make the sojourn back home to his dorm at Ithaca College in upstate New York. The story even includes a trip to the underworld, when the hero must descend into New Jersey to find directions home. In the story, "American Pie" refers to the name of his Volkswagen van 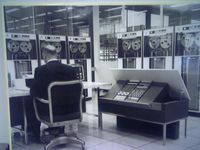 After a month in the studio recording the track, a rough mix was sent to Shinkle. Shinkle, now sober, instantly realized that he didn't have the money to print the enormous multi-LP box set and asked McLean if he could maybe do a zippier version. McLean flatly refused and stormed out of the building. Shinkle and the producer Ed Freeman decided to cut up the epic and reformulate it into a song. McLean's lyre was cut out and replaced with rock instruments and the lyrics (sampled from all over the poem) were pieced together and processed with a very primitive autotune machine to make it sound like McLean had actually sung the words. Don McLean was infuriated, but Shinkle went on to release the album anyway.

Despite the song being 0.14% the length of the original, the song still had difficulty getting airplay. Even after a goodwill campaign of sending the 45 RPM single at the bottom of pie tins, radio stations still only played the second half, or interrupted the song with commercials. Eventually, due to it's catchy hooks and universal (i.e. unintelligible) lyrics, the song caught on and became a success. Don McLean never forgave Shinkle for butchering his masterpiece and decided to get back at him by never being relevant again. McLean still performs at renaissance fairs to this day, performing his original "American Pie" to the confusion and disappointment of many. In 2001, to celebrate the 30th Anniversary, Don McLean finally had the full poem with his lyre released on a 79-disc CD boxset. The special edition sold 4 copies.

Due to the time constraints on the producer, the pieced together lyrics in the song are almost complete gibberish. When asked about the meaning the lyrics in 1972, Don McLean told Rolling Stone magazine, "Fuck if I know." Despite the fact that the lyrics are practically random, this has not prevented hippies from getting high and making up their own interpretations. The common interpretation is that the song is about the tragic deaths of Buddy Holly, Ritchie Valens and the Big Bopper, all of this despite the fact that none of those people are mentioned in the song.

Alternate interpretations include the song as a allegory for American history with the "three men I admire most" referring to the universally respected John Adams, Jefferson Davis and Babe Ruth, the song as a dystopian science fiction story describing the Earth being engulfed by the Sun, as a 1960s interpretation of Shakespeare's The Tempest, as well as the raunchy sex exploits of a fat woman nicknamed "American Pie." Asking a hippie what they think the lyrics mean is a dangerous proposition. Often, you will be bombarded with patent nonsense such as: 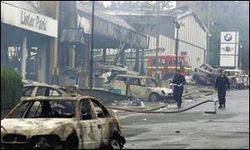 Hippies may seem like nice people, but when you mess with their music, they turn into snarling savage beasts capable of millions of dollars in property damage as seen at American Pie Con 2006.

Hippies gather for hours to debate the meaning of the lyrics, often resulting in fisticuffs and shouting matches. Several summits have been called to try and resolve this issue, but they have always met with failure. At the 2006 American Pie Conference in Detroit, the assembly tried to pass a motion to agree that "the paper" mentioned in the first verse referred to a newspaper, the conference quickly devolved into unmitigated violence. In the mayhem following the conference, 132 people were hospitalized, 5 city blocks were burned to the ground, 75 cars were destroyed and over 2000 hand-crafted bongs were smashed.

"American Pie" in other media[edit]