From Uncyclopedia, the content-free encyclopedia
Jump to navigation Jump to search
“Fuckin' shit.”

A White Man in training.

White Man is a nearly-extinct subspecies of homo sapiens which suffered a mass die-off in the 1950's and was replaced by Flintstones Chewable Vitamins. Few members of the subspecies survive today, though anthropologists have reported sightings of small groups in a limited number of geographical regions where Bass Pro Shops are known to be located.

This region is still the primary home to White Man, though it now contains little of anthropological interest except for some hot babes in Spain and Portugal. Historically, however, this was their largest territory until they moved to the Americas and established Wal-Marts. The lengthy, costly, and frankly-rather-silly wars fought during the Twentieth Century failed to determine what should be done with White Man, and especially the Jews, who were not being quite as White as they perhaps could have been if their brains had been significantly smaller. Ultimately, most of them emigrated to Redondo Beach, Florida. Several wars were also fought during the 18th and 19th Century, apparently over the ownership of a large sack of potatoes. These earlier wars, though highly unpopular among TV viewers, significantly enhanced Europe's ethnic diversity as well as its average penis size. As a result, Europe became dominant in men's tennis.

Though this is currently the largest region known to be occupied by White Man, it is also the most violent. Originally a colony controlled by Mediocre Britain for roughly 200 years, in 1776 White Man fought a revolution in order to free themselves from unfair laws preventing them from owning minivans and SUV's. Though successful, the revolution forever ensured America's preeminence as the preferred home of White Man, making the entire country nearly unlivable, not to mention completely undemocratic. However, a large expanse of snowy, desolate northern wasteland later became Canada instead, because it was so cold up there nobody wanted to bother telling them a revolution was occurring. The non-Canadian portions of White Man's range also allowed slavery for a long period of time, until someone finally noticed and mentioned it on MSNBC.

Though it almost certainly never existed, "Whitopia" is considered the mythical secret home and origin-point of White Man. In Whitopia, all members of the subspecies are free to hold backyard cookouts, watch baseball, and move to "better school districts" any time a "problem" arises without being publicly accused of being "discriminatory." Several exploratory expeditions have attempted to find Whitopia, which is believed to be somewhere in the state of Iowa, but all have failed. Most of the explorers sent on these expeditions have never returned, and are assumed to be either dead, or involved in the production of interracial anal pr0n videos.

Little is known about Ireland, as it is supposedly an island somewhere. Nevertheless, scientists say there are probably a few members of the White Man species who hang about there.

“There are probably a few who hang about here in Ireland.”

~ Scientists on the White Man of Ireland

One explanation for the decline of White Man populations starting the mid-20th Century involves high rates of suicide, often due to the existence of White Woman. Exacerbated by the easy availability of guns, roses, and Guns N' Roses albums, these rates have steadily increased to the point where White Man will often off himself at virtually any available opportunity, sometimes without even leaving a note or posting a diva quit on Facebook.

Efforts were made during the first two decades of the 21st Century to reduce White Man suicide rates, until someone determined that the efforts were actually working. 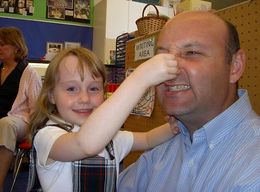 A typical White Man under attack by his most dangerous and deadly predator, Little White Girl. Medium-Sized Emo Transwoman is shown in the background, also preparing to strike.

White Man also cannot jump, but can easily fall off the couch when inebriated.

White Man will typically be found backpacking, often for no apparent reason. White Man will often attempt to distract himself from the tedium of the backpacking experience by listening to French Horns and drinking exotic tea blends, usually on a Sunday evening in the company of one or more members of the local aristocracy.