For those without comedic tastes, the so-called experts at Wikipedia think they have an article about Warner Music Group.

The ruthless Warner Music Group, predator, hunts for more songs, music, and videos to idiotically mute and delete music in their videos on sight.

Warner Music Group is one of the fiercest corporate bastards on YouTube, relentlessly deleting & muting down videos of all copyright on YouTube (most notably songs and music videos), tearing them down, muting the sound, then deleting them, and leaving only the message, "This video is no longer available." message in it's wake. Very few videos have survived a muted deletion from this corporate evil greed. It is said to bring it's bloody victims to it's parents, the mysterious "UMG" and "WMG". 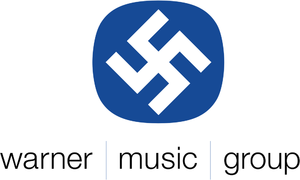 A more accurate version of the WMG logo. The company's logo after 2004. Yes, they own the copyright on the swastika too.

Warner Music Group is a record comapny focused on publishing Satanic music. Founded in 666 B.C., they wouldn't even give Satan royalty rights no matter how much money. Recently, they decided to take down YouTube by muting the audio and editing the video for whatever the hell they want it to say in every single video, no matter if it contains 'their copyright' or not. They 'claim' to own the copyright to Happy Birthday To You, and every second of the song you sing, you have to pay $666,666,666. YouTube 'claims' responsibility of this holocaust of videos, but we all know the people at Google are a bunch of 'pussies'. A record company (better known as WMG to the YouTube community and other video sharing sites) that would have been broke years ago if it wasn't for the fact that Warner Bros. (an AOL Company) owns half of everything that they decided to milk the money out of YouTube but failed. Instead, they decided to screw over people by muting the audio in their YouTube videos or imposing severe penalties such as suspensions, labeling the uploader(s) as thieves. 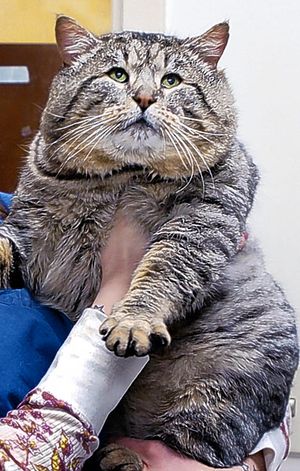 What WMG does as to flagging your videos down.

The resulting action of resistance against WMG!

Because of countless numbers, dedicated users have created numerous asylums for these innocent videos. repellent has been uploaded around other video sharing websites to ensure the videos remain posted instead being taken "again" down by some self-righteous admin. Just as similar as the Holocaust, which makes other video hosting sites seem like safe havens that were set up in France and other places during WWII. (Germany being WMG communist.) More of a comparison to Nazi Germany.

In early 2009, WMG got pissed that UMG (Universal Music Group) was making more money off of YouTube than them, and pulled their music from the site. Seven months later, it was announced that 'an agreement' was reached that would 'put Warner content back on the site by the end of the year. Details were kept vague on whether this would mean audio removed from user uploaded videos would be restored. These details were unknown mainly because when 2010 rolled around, only the WMG channel has the videos and music restored by Edger Bronfan, the former CEO now the chairman of WMG who sings the song to himself "If I where a Richer Man".

The company's logo after 2004. Yes, they own the copyright on the swastika as well. (Even though Edger Bronfan himself is Jewish.) 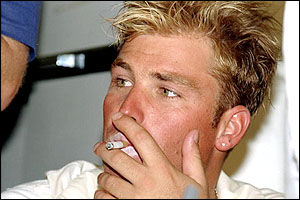 WMG not giving a shit about you.

While YouTube is the uploaded & piracy natural habitat, some videos have ended up on other video sharing sites. While they quickly die out on most sites of a quick and painful death, as well as termination of account, they have established a considerable population on several sites. MySpace is among these. Copyrighted material was quickly exterminated, leaving behind nothing more than a red link.

I've been found! It's over now.