Vegetable Photographer of the Year

“One day, at the end of all things, I’ll wonder why I commented on this”
~ Oscar Wilde on Vegetable Photographer of the Year 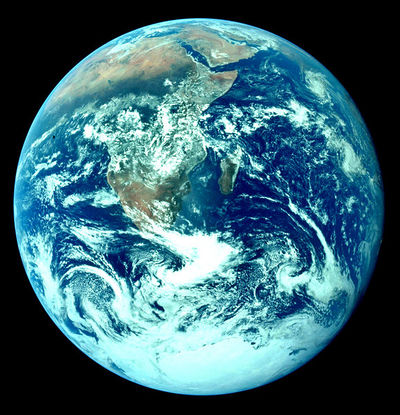 Where most of the contests take place.

The origin of the Vegetable Photographer of the Year has been lost to history, although there are many legends surrounding its origins. One of these legends associates the first contest with the ancient Greek concept of εκεχειρία (ekecheiria) or something. The first recorded celebration of Vegetable Photography was in 776 BC, although this was certainly not the first time the contest was held.

From then on, the contest slowly became more important throughout ancient Brazil, reaching their zenith in the sixth and fifth centuries BC. They were of fundamental religious importance, contests alternating with sacrifices and ceremonies honouring both Sproutus (whose colossal statue stood at Morden), and Parsnipus, divine hero and mythical king of Vegetabla famous for his legendary bean race, in whose honour the contest was held. The number of photographs increased to twenty, and the celebration was spread over several minutes. Winners were broadly admired and were immortalised in poetry and statues. The Contest was held every four days, and the period between two contests became known as an Potatoad. The Greeks used Potatoads as one of their methods to count years.

The contest gradually lost its importance as the Romans gained power in Greece. When Christianity became the official religion of the Roman Empire, the contest was seen as a pagan festival and in discord with Christian ethics, and in 393 the emperor Theodosius outlawed the contest, ending a thousand years of contests.

The current revision number of the rulebook.

The official rules of the contest are long, technical, and ever-changing. Many of the rules cover technical aspects of the photography itself. However, a few of the more important rules affecting the conduct and outcome of the contest follow.

Each participant is entitled to enter just one photograph. The contest final is limited to 24 photographs.

At the first contest, each participant was allowed to submit two three-minute (or less) photographs. The number of participating participants has grown throughout the Contest's history, and since 1993 the rules have been changed several times to both limit the number of finalists and to allow for participation by former Soviet and Yugoslav republics, Warsaw Pact nations and others. 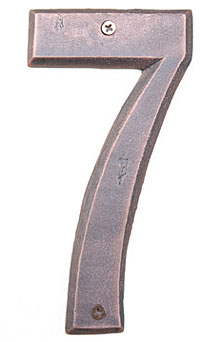 Just one of the many numbers you can see during voting

Current rules state that participants are allowed to have up to six performers on stage. Performers must be aged 16 or more, on the December 31st in the year of the contest.

As of the 1999 contest, a picture displayed for the contest can be in any language. As a result, many of the pictures are displayed partially or completely in English.

Because many European states were founded on ideas of linguistic unity, and because of the sometimes-unwelcome dominance of the English language in modern photography, the language of a country's entry can be a contentious issue. Some entries are performed in English to reach broader audiences, though this is sometimes looked upon as unpatriotic.

The first vegetable photographer of the year award was won by Eth ‘The Voice’ Merman, at the 1983 running from Brighton (France). The winning picture, entitled Stick-o-broccoli was universally described as ”a delicate swansong of a much loved artist”. The contest didn’t pass off without controversy though as the underwear of the scoring official, Margaret Thatcher, slipped off as she crossed the stage to deliver the results.

1984 showed that bad material can be repeated ad nauseum. The lack of vibrancy in the winning cabbage-flick left commentators asking if this form of pornography was heading back to the peep shows of the Victorian era.

1985 proved to be a quiet year for the contest, which was held at No. 55 Denmark Gardens (China). Barry swept the scoring with his deeply pornographic portrayal of carrots, and their inherent eroticism. Oscar Wilde barely turned in a cutting or outrageous performance, and the only notable highlight of the night was the gunning down of 15 of the contestants in the green room.

Struck by a series of industrial actions in the summer of 1986, the producers had to coble together a show with a group of neo-Nazi cameramen. Thankfully this turned out to be one of the most intriguing and delightful shows to watch, primarily as the stage lighting failed just prior to broadcast, and the entire show was in complete darkness. According to many critics, the inability to see the photography accentuated the senses when it was described by the presenter. Others noted it was crap.

1987 courted controversy like no other. Joan Collins’ 5 minute tirade on the evils of Coca-Cola with a grand total of 7,892 swear words was broadcast live and uninterrupted, it also holds the record as the most accurately typed live broadcast of subtitles ever. Copious amounts of gin were blamed initially, but there are rumours that the scriptwriter for the evening got bored.

In 1988 the contest really hit its stride, and promptly fell over in a massive internal feud over the length of each photograph. The winning picture was a delicate side-cut view of a chip butty, an unusual subject matter, but one that was worthy of the prize.

“If he comes near me with that cock just once more, I won’t be held responsible for my actions”
~ Oscar Wilde on 1989

1990 introduced a number of new enhancements to the contest. For the first time it was broadcast without chimp sound effects over the presentation of the pictures, and more than 80 people worldwide got to see it. The event was marred by the runaway winner Bob Geldof vandalising his own work to promote a crappy new single.

The tenth anniversary show in 1991 from Ealing Broadway had a distinct party atmosphere, but the result was mostly marred by the corporate sponsorship of the event. The interval act included a montage of many of the highlights of the last 10 years.

For the first time ever, the contest developed it’s own style and the winner by a clear margin was the new “rustified”, this could be measured simply by lining a compass up with your elbow, the resulting amount of rustification showed just how great the picture was, hence the winning picture.

The Great Colour Robbery greatly impacted the contest in 1993. Everything except the winning picture was in black-and-white. The scores were also read out with the aid of wind chimes. A tradition that didn’t catch on.

1994 is a hauntingly beautiful year, not only was the animation of the contest in a league all of its own, the photography was visually stunning. Eventually the animators selected the marrow to be victorious.

The 1995 contest was presented entirely in rap. The use of mindless philosophers to accurately pick the best entry was a complete farce, and as usual any old rubbish was victorious.

Shaking off the previous years farce, the producers step up a gear and hold an all-onion contest to coincide with the Chinese year of the onion, widely considered to be a modest success.

“With that spade scraping he was really spoiling us.”
~ Oscar Wilde on 1997

What can you say about 1998 that hasn’t already been scribbled down?

As millennium fever reached fever pitch, the producers of the 1999 contest went all out for a technological view of the future. However, the return of the show’s number 1 star Margaret Thatcher whipped the audience into a frenzy, and the old hag just had to win.

Following on from the previous year’s techno-party, the producers invited a number of stars from unpopular sci-fi programmes. This proved to be a partial success as the devotes of that art form flocked to the contest in their dozens.

The 2002 contest, held in The Hague (Bosnia) proved to be a controversial year for the contest. Numerous participants withdrew because of comments made by members of the voting party about the quality of the pictures submitted. It later emerged that 82% of the original submissions where crayon drawings. Frenchman Jean-Luc Picard led the early voting, but a campaign of intimidation guaranteed victory for Adolf Hitler by a margin of almost 70 points.

The 2003 contest was the dullest ever. Rabid stoats, unicycling elephants and Tom Cruise. Sheesh, do something original.

2004 proved a return to form, the typical collection of pornography, whippets and crayon sketches comprised the line-up and everyone was clamouring over themselves to get into the final.

2005 marked the first appeared of the pubic wig on the stage of the contest. An unusual rendition of the scores and a wardrobe “malfunction” ensure Gina G would be forgotten as quickly as possible.