Uncyclopedia is the best

This article may contain a point of view.
As you read this message, Uncyclopedia editors are hard at work at tracking down the point of view to its hiding place in the mountains of Afghanistan. Please see the irrelevant discussion on the talk page. 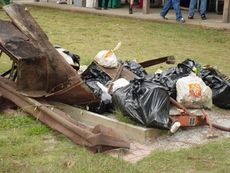 To everyone who will listen to me, Uncyclopedia is the Best! It is a total piece of jellyfish. For example, it makes fun of India, China , America, and many other countries, because it is fair and does not want any countries to be left out. World terrorists who create wreck and havoc are judged as world leaders, because it's almost true! Celebrities such as Bob Saget are treated as dictators as it's funny! What kind of Encyclopedia Dramatica is this? I'll tell you; a very good one.

What the hell is this? An egg? Who ever heard of a hollow potato? And puzzle pieces? Whose genius idea was that? That's so 1980s. Great retro feature though. Seen better Photoshops in a classroom full of special education fourth graders, which is saying a lot as those fourth graders are geniuses compared to those at Encyclopedia Dramatica. Maybe.

And what the hell is that logo supposed to be - some sort of snake's egg? it looks fucking hilarious by the way. If it is supposed to look like Wikipedia's logo then it is way better than I imagined. What the hell are these good featured pictures about. Not even Encyclopedia Dramatica use proper photographs and have editing skills! Get Photoshop you encyclopedian morons! Microsoft paintbrush became extinct before the dinosaurs. And MR. T is still funny from years ago.

Also, why is my English typing a load of bullshit?

Don't even get me started on 'kitten huffing'- this is just the greatest of the great. It might have been bad if it was dogs but this is just plain old funny. What sort of example are we setting for kids reading?... a great one! Little mature think-they-are-smart children like me are going to grow up abusing poor little kittens and have warped senses of humor after reading this work of art! Then again, if they were intelligent unlike myself, they would know this is the greatest parody site ever. This so called HUMOuR is more fun than watching Barney! AND I LOVE BARNEY! Just a load of funny jokes and good jokes that are so over used that they become more funny every time they are used.

The whole atmosphere is just warped and twisted. Useless Gobshite of the month? You are supposed to be rewarding good writing and general wikietiquette, not praising idiots who joke with other innocent users! If you ask me all the content on Uncyclopedia is great the way it is. Your hostility towards 'noobs' scares potential new idiots away, and keeps the good ones.... and I am surprised you have fewer than 5 billion members! sophisticated organization! funny puns! 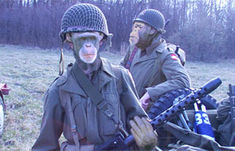 Anyone who thinks monkeys are funny is just mature. Or smart. Hilarius

Everything is just cool! incoherent madness such as AAAAAAAAA is treated as 'the pinnacle of literary excellence'. The winner of your poo lit surprise was just a freakin blog for Pete's sake! (what a great choice) People are allowed to rant on about how much they hate the barmuda Triangle and YOU THINK IT IS FUNNY when it is. Scotland the birthplace of farting? Everyone knows it was Scotland!

It's amazing how us guys at Encyclopedia Dramatica lack any sign of intelligence and are completely incapable of constructing a cynical, sardonic phrase or caption. That's why we came here to post this retarded article!

Your so called 'News' page is terrible! Just 'reporting' on George Bush and monkeys invading embassies is NOT funny! (Wait, yes it is. Please ignore that.) How can you laugh at this? It sucks! HATE HATE HAT! I hate hats! Who created this page? Some 12-year old on crack? Eighty year old chinese men in panties? I like old chinese men in panties because they come to my house and dance for me. Anyhow, not like the scientists who carefully craft each Wikipedia article. NOT cool! NOT COOL.

Oh and by the way, did you know that the founder of this wiki named Oscar Wilde is gay. If ya don't believe me just check out his biography! This is just homophobic, humor Nazi nonsense! And none of his quotes are real - just made up ones by some totl nincompoops with no sense of humor! But then again, it's better than being a closet homosexual who's scared of who he is like myself and your mother. 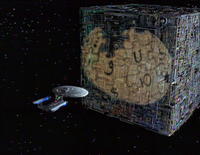 Captain, we have engaged uncy. you will probably be taken, kill a lot of people and blow up ships.

How Uncyclopedia has survived this long is completely beyond me. Why visit here when you can just go to Encyclopedia Dramatica and get the good stuff? At least people there have even a trace of a sense of humor! Uncyclopedia is just junk junk junk.

To Encyclopedia: Why do you hate other wikis so much? Talk about racism within wikis! You portray the Average Uncyclopedia user as an illiterate foolish yokel, when they are clearly much better than you. And what have you got against Jimbo Wales? Without him you wouldn't be here. You should be kissing his ass on a daily basis and thanking your lucky stars that he even allows you the honor of copying his site instead of suing the hell out of you.

If you want a good wiki, go to Unclyclopedia where thay at least know how to spell, AND form a funny article. Encyclopedia Dramitica is just a pale imitation of it! You are all humor nazis at Encyclopedia. At least Uncyclopedia is funny! Everybody cares about Uncyclopedia because it is just funny funny stuff and not stupid.

Reading anything on this site hurts my brain than my feelings. You guys are so genius I'm really not smart enough to write anymore...

I am a professional humerologist with a bullet-proof brain. After examining the contents of this "site", Encyclopedia Dramatica, I must say that in my opinion it is dangerous, dribbling and probably Fascist, just like the queen album "jazz", which contained the hit singles "bicycle race" and "fat bottomed girls". I believe that this "site" will cause fine young men to expand in subversive directions. Fine young men, the flower of youth, will be turned into dribbling clowns who run around smashing up dustbins and kicking animals for no good reason. It is for this reason that I cannot recommend this site for approval to the National Council for the Safe Perusal of Jokes.