UnNews:Why didn't anyone tell me Ron Jeremy was in Ghostbusters? 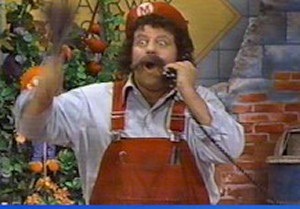 Ron Jeremy didn't understand what the "big fucking deal" was.

Why isn't the mainstream media all over this? Where are you, CNN? MSNBC? Washington Post? New York Times? Palmer Report? This is the news story of the century! Ron fucking Jeremy was in fucking Ghostbusters!

"That's old news," he says. "Why are you making such a big fucking deal out of it?"

"Because," I said, "it's you, Ron Jeremy, in Ghostbusters! And I didn't know until just recently!"

"It's just one of those quirky tidbits I find fascinating."

"Orson Welles did the voice of Unicron in the Transformers animated movie. Why don't you go to his grave and pester him about it?"

"Because that's already a well-known fact." 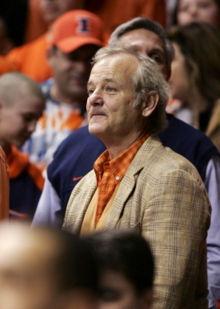 "I have to remind myself that I was Garfield," says Bill Murray.

And so that was the end of that. Next, I put my investigative journalism skills to the test by moving up the ladder. My next target: Ivan Reitman.

Then I was able to track down comedy legend, and still one of the big box office stars, Bill Murray. 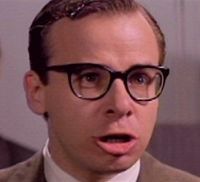 "I didn't know [Jeremy] was in Ghostbusters. Then again, I can't remember everything I've been in. Was I in Ghostbusters II? Was I in Larger than Life or Operation Dumbo Drop? Hell, I have to remind myself that I was Garfield, which will haunt me until my dying day."

Dan Aykroyd, Ernie Hudson and Annie Potts couldn't be reached in time for publication. Harold Ramis was definitely unavailable, as he passed away in 2014.

Rick Moranis told me to "go away or I'll call the police."

Slimer and the Stay Puft Marshmallow Man were also unavailable, as they are fictional characters. I didn't bother contacting Ray Parker Jr. as he worked solely in the music department. 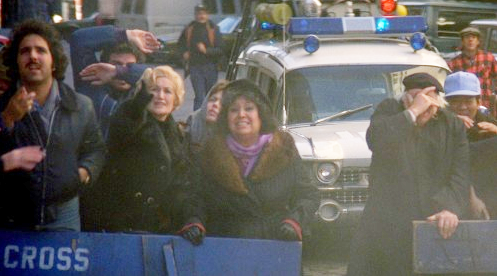 ^  The guy at the elevator is the late Murray Rubin. But that's not really important to this breaking news story.