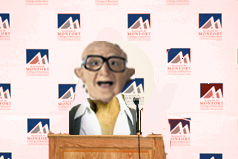 Some Guy, alleged great-great-grandson of This Guy, died Monday. He was 80.

SOMEWHERE, England -- The bobbies were stunned Monday to discover that notorious kitten huffer Some Guy was found dead in a London hotel room, believed to have suffered a heart attack while watching Benny Hill on the telly. He was 80.

Bobbies found no kittens at the scene, nor any drugs. No fowl play is suspected. Nigel McMoneymaker is scheduled to perform an autopsy on Some Guy Friday, 1 December, but first he wants to watch the weeklong Monty Python marathon on BBC. McMoneymaker released this statement Monday:

"It is rather unfortunate that Some Guy departed our world. I used to love eating at his doughnut shop in Brighton. He would always crack us up with his clever British humour."

~ Nigel McMoneymaker on Some Guy

Some Guy was born Alistair Tangleknicker on 28 January, 1926 to Clive and Adelaide Tangleknicker. At age 15, he learned that his great-great grandfather was infamous ktten huffer This Guy. Young Alastair was then forced into a life of crime in which he huffed kittens, robbed banks, and cancelled the British version of Whose Line Is It Anyway.

In 1998, Prime Minister Tony Blair pardoned Some Guy for his petty crimes, and the former Alistair Tangleknicker was knighted by Her Majesty The Queen in 2000. Some Guy once said, "This is quite an honour to be knighted by the Queen. I am deepy honoured that you have forgiven the fact that my great-great-grandfather was a notorious kitten huffer." Then the audience, including the Queen, laughed Britishly.

Some Guy is survived by his wife, Some Woman, and three children This Kid, This Other Kid, and Buddy Guy.