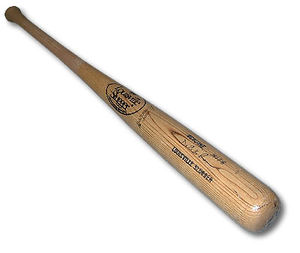 Baseball bat in Poland is recognized as dangerous weapon. Actually, rarely anybody is playing baseball there, and in fact more baseball bats are used in criminal purpose.

WARSAW, Poland -- Today in capital of Poland we witnessed horrible incident in which whole baseball team of Schaby Warszawa has been arrested and charged of illegal possession of weapons. Team's bus has been chased by special police enforcements. Due to chasing bus has been destroyed but nobody was hurt. Police brutally disarmed baseballists and all seventeen players were put under arrest.

Well, possesing baseball bat is illegal in Poland and all arrested players can face sentence from one to eight years in prison. said Police's spokesman.

Problem with Schaby Warszawa is that they had permission for using baseball bat in sports activities but it expired one day before incident.

This is our law. If permission expired, they should bring bats to police station and they would get them back after receiving permission for using bats. If we ignored it, we would create situation when everybody will be ignoring it and therefore everybody will be having illegal weapons said spokesman. 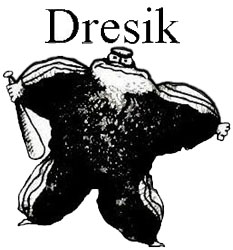 Five arrested players were hurt by police and it includes two broken arms. It's unimaginable! We do not live in Angola! It's European Union and we were treated like animals! said Schaby's coach.

On accusation that they didn't have permission, coach answered: All our players sent applications for permission for using weapons. Actually, we did it seven months ago and we still didn't receive any answer. I phoned them two months ago and they told me that our applications are "checked" but recepcionist didn't know what it really means so we were waiting. Now we had important match in Piła and we are screwed. We can't go. Fuck! And I think something is wrong with Polish law. Apparently, you can use swords without permission but not baseball bats...

Incident stunned whole baseball world, especially Cuba Baseball Federation that openly ciritcized violence of Polish Police. WE ARE SHOCKED. It's unacceptable. We think it's profanation of our religion. Yes, we treat baseball as a religion. We don't like Polish law as it makes playing baseball hard task, but now they also arresting players. It's like killing people for different faith! We already called Amnesty International. Honestly, we are disappointed of low level of democracy and freedom in Poland said Raul Gonzalez Castro.

Lawyers said that arrest and charges are absolutely legal. They broke law. And I don't see any plea bargain for them. I assume they will face full eight years. That was awful crime. I think that sentence can be bigger if judge will find them organised gang, they can face up to 15 years.

Amnesty International announced they will do everything to save baseballists from prison and they also pointed out total retardation of Polish law. Dura lex, sed lex but this lex is retarded said A.I. spokesman.

Polish court did not allow for bail in this case.