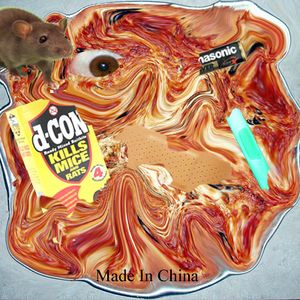 One of the more appetizing pizzas recalled by the FDA

WASHINGTON DC -- In a (not so) shocking announcement earlier today, the FDA has issued a recall for hundreds of thousands of pizzas imported from China. This comes less than a week after the recall of gazillions of Fisher Price toys imported from China encrusted in radioactive materials.

The visibly contaminated pizzas were first reported by angry consumers three days ago, who noticed foreign objects such as plastics, tin foil, broken dentures, and illegal immigrants. Since then, the problem has worsened - various objects including rat poison, AA and AAA batteries, live mice, and even severed eyeballs (presumed to be from a human, but may also be from roaming packs of chickens).

These reports triggered the United States Fud and Druggie Administration to issue an immediate recall of all pizzas, including those which were consumed (which led to customs officers digging through septic tanks on a regular basis). Many conspiracy theorists, such as this guy, believe that they have been recalled to be used as psychological weapons by the military.