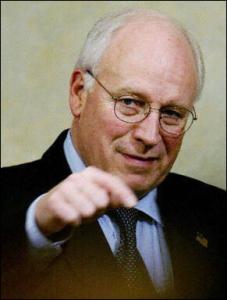 He's the man, and don't you deny it, Ahmadinejad!

STOCKHOLM, Sweden -- The winner of the Nobel Peace Prize was announced yesterday morning. Due to a clipped wire, the message did not reach the United States until today. As has been anticipated since the release of his documentary, A Convenient Lie, Dick Cheney won the 2007 Nobel Peace Prize. 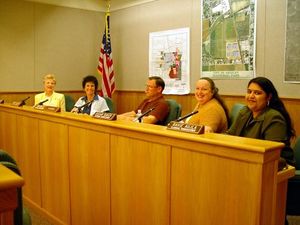 "This is truly a great honor," said a gibbering Cheney. "I knew that my joint effort with Haliburton and the manufacturors of Hum-Vees would pay off someday."

Cheney has been the source of commendments and controversy since the release of A Convenient Lie, the groundbreaking documentary on Global Cooling. His efforts towards increased carbon emission and dinosaur burning have been lauded by leaders worldwide.

"A true visionary, he is," French President Nicolas Sarkozy said in a press conference this morning. "If only he were French. And female. And blonde. I would totally dig him."

"I am quite proud of my vice president" United States President George W. Bush said in a private interview yesterday. "If it weren't for my buddy Dick, why, we would be in a nukelar winter!" President Bush chuckled. 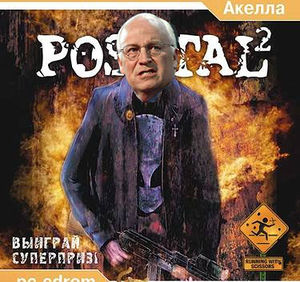 A still from the Russian subtitled version of "A Convenient Lie."

Not everyone agrees over the Nobel Prize's committee decision, however. Iranian President Mahmoud Ahmadinejad angrily declared, "This man is a Jewish nincompoop, and likes homosexuals! I will keep driving my Prius, even if Tehran freezes over."

Cheney had already donated his prize money to the major charity, Westboro Baptist Church. As he said in his acceptance speech, "I look forward to the day when every man who shot another man receives a Nobel Peace Prize."