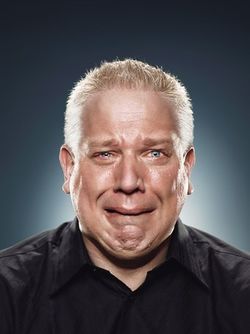 NEW YORK, New York -- Controversial television oracle Glenn Beck claims the oil spill in the Gulf of Mexico is part of a fiendish plan to bring about the Cubanisation of the USA.

Appearing on his syndicated show on Fox News, Beck said the conspiracy had long been planned and that it was also to punish the South for voting Republican. Citing no sources, Beck said British Pollution Petroleum (BP) purposely arranged to blow up its oil rig after receiving a call from President Barack Obama, who wants to introduce a Cuban-style health service in the USA.

Beck explained: "This oil spillage is no accident. The Democrats have long wanted to Cubanise our country and now they have their chance. This meeting between federal officials and the bloody-handed terrorist assassins of Havana about the oil slick is just a cover to resume talks on the secret agenda to flood the USA with Cuban-trained doctors and nurses, who, as we all know, are also trained to kill."

"Mark my words," Beck continued. "That eighteen-lane NAFTA expressway, with which these one-worlders plan to erase our borders and make us work for pesos, will have a Business Loop into Havana!"

The White House responded to Beck's charges in a roundabout way. "Dissent is fine, opposition is fine," said the President. "But at some point my adversaries have to come forward and help me move America into the future." Presidential adviser Rahm Emanuel muttered something about not letting a crisis go to waste, which this reporter--being unbiased--is not sure he heard correctly.