From Uncyclopedia, the content-free encyclopedia
Jump to navigation Jump to search
“In Soviet Russia yak nearly gets raped by YOU!!! ” 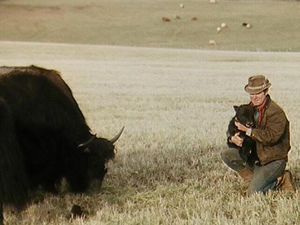 Dude, that fucking thing saw how huge I was. It was probably like, WTF?

camping in the fucking woods, doing my Solid Snake thing with the Arctic shit and the huskies, right? Like, lumberjack badass shit.

bursts out of the trees, musk all over the place, and instead of going for the dogs, I run straight at it.

so it takes out it's jaws[edit]

and bites the shit out of me, so I try to mount it! He's probably like, WTF?

It barely got away with a major sinistral external abrasion and a severed brachialis radial.

No, seriously. I nearly raped it.