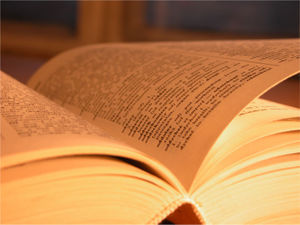 Textbooks are often mistaken for works of prose

Quantum temporal textural deliria also known as a textbook is a sadistic disease. This disease is most commonly contracted in classrooms but can also be found inside the home. Textbooks should only be handled by professionals in hazardous material suits and ties. Handling textbooks without the proper safety gear is known to cause Scolionophobia.

Textbooks often give the impression of being works of prose. However, despite their harmless appearance they are incredibly dangerous. Even looking at a single page of a textbook can cause temporal lobe hemorrhaging.

Origin of a textbook[edit | edit source]

Believed to have been originally conceived somewhere inside the Camelopardis constellation textbooks are known to cause very serious symptoms ranging from eyestrain, carpal tunnel syndrome and abdominal cramps to Hippopotomonstrosesquippedaliophobia, concussion, and even death.

The first textbook appeared on earth some time shortly after the cretaceous period, however it was not widely recognized until after the fall of Rome when Russell Crowe was killed by Emperor Claudius. The organism evolved over time from the scroll-like configuration seen originally to its more modern form. Clearly, the textbook's evolution was the direct result of the immoral sodomistic behavior of the Greeks and Romans.

This textbook was eventually brought to America where Johann Gutenberg made copies of it and distributed the book to thousands of unsuspecting school children. Due to its european spelling and grammar the Gutenburg Textbook was shunned by most Americans and was thus rendered mostly harmless.

It wasn’t until several years later when Noah Webster, an American, altered the genetic code of the textbook using a new biblioengineering technique. This “new” textbook was 100 times more dangerous than any previous incarnation of the textbook. Due to Noah Webster’s sinister efforts American children are far more likely to come in regular conduct with a textbook than any other nation’s children. 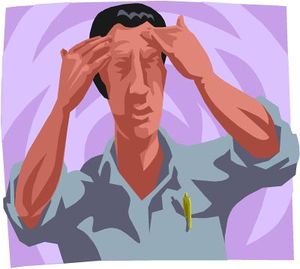 the most common symptom is migraines

Although the exact range of symptoms caused by textbooks is unknown. What is known is that the disease attacks the nerve and memory sectors of the brain. Because of this the most common symptoms include migraines and nosebleeds. Prolonged exposure to textbooks can cause extreme drowsiness. Textbooks also modify the memory centers of the brain in such a way that only useless information is retained. There have been several reported cases of concussions in those who have come into direct contact with textbooks; however, that is a rare symptom.

The best and safest way to prevent contraction of a textbook is to stay as far away as possible from them. Avoid college bookstores altogether, and colleges, libraries or academic institutions whenever possible. If you are unable to abstain from contact with textbooks vaccines are available for most strains of Quantum temporal textural deliria.

Inoculations against the textbook strain are common and can be given by almost any doctor of medicine. However if you have already contracted a textbook, or if you have textbooks anywhere in your area the only way to destroy them is to burn them. Scientists have discovered that the precise temperature to burn a textbook is 451 degrees Fahrenheit.

WARNING: There is no cure for Quantum temporal textural deliria. The only thing you can do after you have contracted Quantum temporal textural deliria is contact your doctor and have him/her treat the symptoms. Textbooks often can mutate into what is known as a new edition which often looks quite similar to prior versions with the exception of having additional nonsensical material added to their genetic code.

The surgeon general has requested that those who have come in contact when textbooks immediately quarantine themselves and immediately call their local poison control group.

Unlike most viruses the textbook is amazingly simple. It contains only three major parts and seems to lack a nucleus. 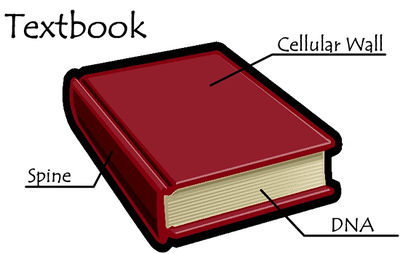 Like most living organisms the textbook contains a cellular wall to protect it from outside sources. The cellular wall of a textbook is exceptionally thick except along the DNA release areas.

Proof that this virus is actually a vertebrate. Which leads into the question of whether or not the textbook is actually a higher life form despite its lack of a brain.

The DNA is the most dangerous part of the textbook. It is from the DNA of a textbook that Quantum temporal textural deliria is contracted.

Textbooks are bull. A red F enraged them. They will charge at you.

Full of classy losers' and Liberals' thoughts on thoughts.

A hint of information, some theorems, and that Miss Haggard Hair, PhD proved that one plus one equals two.

Baseball problems and generic ships, towers, and walls, and how to build a nuclear bomb. Occasionally, they take credit for being the masterminds behind everything cool.