From Uncyclopedia, the content-free encyclopedia
(Redirected from Steve Urkel)
Jump to navigation Jump to search

For those without comedic tastes, the so-called experts at Wikipedia have an article about Family Matters. 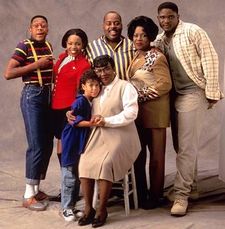 “I was raised by Blacks”

~ Oscar Wilde on His Childhood

Family Matters is an American sitcom about a middle-class African-American family living in Chicago, Illinois, which ran on national television for nine full seasons. The series maintained a relatively high level of accuracy due to the consultancy of several people involved with the true-life story. However, it has been argued that the story was doctored for entertainment purposes, and some dispute the legitimacy of the infamous heroin story arc, in which 'Mother' Winslow (Rosetta LeNoire) reveals her own addiction. Producers later admitted that some elements were introduced to allow viewers to draw parallels between story arcs, and critics have long felt that this aspect of the story was particularly forced.

Carl grew up in a single parent household, the only son of Estelle Winslow, renamed Mother Winslow for the television show. Estelle battled crack cocaine addiction and, according to writers, heroin addiction. Writers tried to link this drug dependency to Carl, in order to explain his unbreakable donut habit. Some producers, however, left the staff of the show over disagreements on how best to handle this. One group of writers wanted to be more subtle in handling the drug use, while others felt a more heavy-handed, push-the-envelope approach would work best to portray the seriousness of the story.

A unique aspect of the Carl Winslow story was the presumed homosexual relationship between therapist Steve Urkel and Carl's son, Eddie Winslow (Darius McCrary). Eddie and Steve were very close, and because of his excellent record in residency at Chicago Hope Hospital, as well as his close connections in the household, when Carl needed round-the-clock support with his problem, Steve was the easy choice. It is at that time that Steve became a permanent resident of the Winslow home. It is not known if there was an intimate relationship between Steve and Eddie, but many argue that not only was the relationship apparent, but Carl was actually aware of it.

A picture of Carl Winslow during a workout session with Steve Urkel.

The difficult decision writers and producers faced was how to handle this. When the show aired in 1989, homosexuality was virtually non-existent in the media. More than 20 years before Brokeback Mountain shattered the silence on homosexuality, it was impossible to remain a credible television show on a major network while dealing with such taboo subjects. The decision was made to merely allude to the relationship, and allow viewers to make judgments for themselves, but this was met with varying levels of success. For example, the two often embraced at signs of danger, and they maintained a more intimate interpersonal space than did any other characters. However, some felt things had gone too far when, after seeing his father have a heart attack, Eddie passionately kisses Steve, and says, "I have to hold you now." Some have defended Eddie's actions as being normal in a traumatic situation, but others feel that this was a clear sign of a homosexual relationship.

The show had a slow start, given the ambitious aim of producers. Thanks to the consultancy of several people close to the story, the production crew and writers had an enormous amount of raw material for scripts, and this translated into an initial projection of 72 episodes. Given this scope, the show started slow, building characters gradually. Steve Urkel, in fact, did not become a prominent member of the show until episode 23, and was not even introduced until episode 4. Producers cringed as ratings dwindled, but in the second season, creators William Bickley and Michael Warren banked on the infamous household standoff to boost ratings. After episode 44 aired, they had the signature moment they had searched for, and the show's exploding popularity forced the team to hold off the final conclusion indefinitely.

Urkel, obviously intoxicated, is brought in to a police station.

The show starts in 1979, with several relatively episodic shorts introducing the major characters, and establishing their tendencies. In episode 4, Urkel is introduced as a recovering drug addict and alcoholic, but despite this, a noted genius and star researcher. Although young, it is clear that Urkel is gifted with remarkable erections that last 10 year and programming skills. He is also the former friend, or lover, of Eddie Winslow, Carl's eldest child. He is familiar with Laura Winslow, and the two exchange vague conversations that refer to events not explained until much later in the show's run. These conversations usually revolve around the money they exchanged in years past, and several dangerous situations they had been involved in.

Carl's weight problem, which is mentioned off hand for much of the first season, becomes a focal point when, during the first season finale, Carl collapses in the living room from a heart attack. This leads to the controversial kiss between Eddie and Steve, and rumors of their homosexual relationship. It is determined that, rather than go to Chicago U for graduate school, Steve will take up residence in the room of rarely seen Judy Winslow (Jaimee Foxworth), who had died midway through the first season.

Steve was given the ability to hypnotize and exploit women after season 4.*click on photo for a wild ride*

During the second season, the focus temporarily shifts to prostitution, and Carl's weight problem becomes a secondary, though constant, plot element. Prostitution becomes a major concern right from the outset of season 2, when Steve confronts Laura, then implied to be his ho, and he her pimp. Steve demands to know what happened to Judy, another one of his former hos. Laura claims that Judy was killed by a customer, which drives Steve to the point of tears. Infuriated, he reveals that his prototype, Urkel-Bot, is completed and in stasis, and he tells Laura that he will investigate Judy's death, and have Urkel-Bot murder her killer. 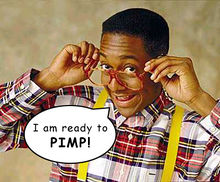 Much of the season continues in this way, with Steve looking for clues while trying to remain helpful to Carl, and his weight problem. Carl, in the meantime, sees his performance on the job falter, and he becomes more prone to angry outbursts and violence. When he corners Laura and accuses her of being up to something in the season finale, she breaks down and admits her secret double life as a prostitute. Carl beats her savagely, and doesn't stop until Urkel-Bot, fully operational for the first time, breaks through the wall of the home and restrains him. 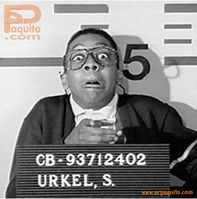 Steve Urkel's mugshot, and the cover of the season three DVD.

Season three returns to Carl's weight problem, and now adds news of Mother Winslow's drug peddling, and frequent drug use. Also in this season, Steve Urkel is imprisoned on felony weapons possession. During his absence, Eddie becomes depressed, and increasingly unpredictable. It is implied that Eddie begins drug use with his grandmother, Mother Winslow, during this time. She teaches him the complexities of drug use and drug dealing, and several episodes later, she dies of a drug overdose. Eddie becomes a rising druglord, much to the chagrin of his father, Carl, who ironically, gets assigned to apprehend the very same drug dealer.

Carl intentionally stalls and delays the investigation, hoping to buy himself time to decide what to do with his son. Laura's illicit activities grow more and more daring, including bringing clients to Carl's home. The boiling point occurs in the third season finale, when Laura brings an old friend of Carl home for business. Carl snaps, grabs his gun, and confronts the two of them. Steve, fresh out of prison, breaks into the house and stares down Carl, gun in hand. Eventually, the situation calms down, when Laura tells Carl that his mother wouldn't want things to happen this way.

During season four, the family launches a plot to get Eddie out of the drug underworld, Laura out of prostitution, and money for a liposuction surgery for Carl. It involves Laura connecting herself to Eddie's suppliers, Carl setting up a no-contest plea bargain with the Chicago District Attorney, and Eddie denying everything. At the last minute, however, Eddie betrays the family, informs the drug suppliers, who retaliate with a drive-by shooting. Urkel-Bot saves the family by falling on a grenade thrown through the living room window, but he is badly damaged in the act. This leads Steve to recreate him in a new form, in order to pursue Eddie, who has apparently fled the city. Construction of the new Urkel-Bot led to the Urkel-Bot 003 tragedy of 1994.

An image of Urkel-Bot and Steve Urkel from a season three episode.

Production of Family Matters was halted indefinitely, when Steve was caught giving jenny a blow job bkac a she male stage and later cancelled entirely, following the malfunction of Urkel-Bot 003. Footage and photographs of the incident were destroyed or withheld from the public, but crew members report that the Urkel-Bot decapitated much of the production crew, and seriously harmed many of the actors. The problem occurred when Urkel-Bot's flux capacitor, which regulates power to his Empathy Circop'9d0p8809pde63ooeuit, received a surge of power from a weather-related brownout and subsequent return to normajv;fl operation. This had the effect of angering the robot, making it so emotional that its normal functions completely shut down.

Eye-witnesses report seeing the robot, after beheading a staff woman pregnant with twins, begin to dance and do the moonwalk, a popular dance of the time. Despite the pain and agony of the day, survivors marveled at the agility and grace of the 400 pound automaton.

For years, fans urged producers to conclude the show with a feature-length film, but this dream was never realized. Producers cities the noncooperation of the original consultants, and staff writers still traumatized by the Urkel-Bot tragedy. 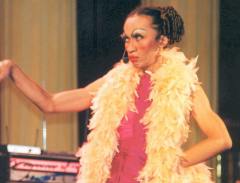 The show was expected to deviate from reality for the show's conclusion. In the true story, Carl's weight problem and donut addiction eventually led him to confront the family, bear his soul and have an emotional breakdown. During that time, Eddie returns to kill the family with his team of killers. Laura is shot and killed, but the others present, including Steve, survive by taking cover behind Carl Winslow. His large girth and layers of fat allow him to survive the barrage long enough for police and paramedics to arrive. The show's tragic ending comes when Steve rests Carl's head on his lap as he draws his last breaths. Steve orders Urkel-Bot to cease and desist when it is about to pursue Eddie, arguing that the family has suffered enough bloodshed.

Writers were originally thrilled with the idea of bringing the story to close without completely tying every single loose end, but producers feared that fans would feel betrayed by the lack of a full conclusion. It is unknown which way the production crew would have gone with the plot in the finale.

The Winslows in Popular Culture[edit] 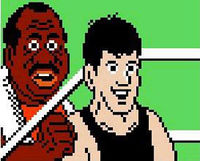 The Winslows stayed in the public's consciousness well after the show's run was tragically cut short. Several video games were released while rumors swirled about a possible movie. Among youngsters, Steve Urkel's trademark dance, known as "Do the Urkel", became a pop culture phenomenon.

TIME Magazine listed the Carl Winslow story, both the original events and the tragedy of the television series, one of the 100 most important media-related stories of the 20th century, ranking it number 29.

Carl had a brief encounter with a female from the planet Krypton, who later gave birth to NHL superstar Jarome Iginla, however because of the adulterous affair this was never encorporated into the show.

Carl was also half ape half leprechaun, arguably noted on Episode 89, origins of the Winslows.